Just like last week on the E3 Saxo Bank Classic, Stefan Küng met the expectations on Wednesday in the last race before the “Ronde”. On Dwars door Vlaanderen, the Swiss rider showed once again his fine shape by joining the decisive move that went away seventy kilometres from the finish. The European time trial champion and his breakaway companions made it until the end and the Groupama-FDJ rider eventually came away with 6th. Always in the first chasing group protecting his leader, Valentin Madouas finished just outside the top-10 (11th).

“We the make the race harder”, Frédéric Guesdon

Over a much shorter distance than the one that will be covered on Sunday towards Oudenaarde, the Dwars door Vlaanderen’s Classic served as a last test four days prior to the second Monument of the season. The action was therefore more condensed, and it was on right from the start since the fight for the “morning” breakaway lasted for nearly forty-five minutes. Johan Jacobs (Movistar), Kelland O’Brien (BikeExchange-Jayco), Mathijs Paasschens (Bingoal Pauwels Sauces-WB), Nils Politt (Bora-hansgrohe) and Aaron Verwilst (Sport Vlaanderen-Baloise) were finally able to go away and get a nice five-minute lead over the peloton. For the latter, the race really started when entering the last hundred kilometres. “We didn’t know exactly what to expect because it was a new course, and there wasn’t necessarily a single strategic moment”, explained Frédéric Guesdon. “One thing was certain; we didn’t want a sprint. We wanted to attack, make the race harder, and not miss a good move. We said that from the moment it would become nervous, we had to be up there and not be caught behind. For that reason, the guys were aggressive, and they did well, because the race quickly opened up”. Olivier Le Gac made the first attack 90 kilometres from the finish, then Lewis Askey went up front with two riders. “On these first climbs, it was up to them to follow, then Stefan, Val and Kevin had to be in the mix on the Berg ten Houte”, explained Frédéric. “It was the hardest climb, on cobblestones, the one where we had to be positioned and where the race could really be decided. That’s what happened.”

After avoiding a crash just before the bottom, Stefan Küng joined the fight with 70 kilometres to go: “We weren’t in a great position approaching the climb, but there was still Kevin in front of me and I told him to bring me up. He did a great job, overtook some fifteen riders, then Olivier took over. I felt really great, and I managed to jump across five other riders”. The Swiss time trialist ended up with Tiesj Benoot (Jumbo-Visma), Ben Turner, Tom Pidcock (Ineos Grenadiers), Victor Campenaerts (Lotto-Soudal) and Mathieu van der Poel (Alpecin-Fenix) and this strong group immediately had a gap. “There was a good cooperation, we rode really well together,” confirmed the Groupama-FDJ rider. “They knew they needed to work together, that it was the right move, and that they could not let Pogacar come back”, added Frédéric. “They all had an interest in pulling. There were a lot of small groups, the gaps weren’t important, and it took a while to really make sure the chasers would not come back”. Gradually, the margin hit thirty seconds, then forty, and the situation therefore stabilized while Valentin Madouas tried to control the chasing group. “He missed the right move, so he absolutely had to stay with the pursuers to protect Stefan, and that’s what he did perfectly,” said Frédéric. Twenty-five kilometres from the finish, the young Frenchman found himself in the wheel of Tadej Pogacar and Jan Tratnik, and obviously did not collaborate.

Up front, the group was still made up of eight men, including two riders from the breakaway, and the course became less tricky. “It wasn’t easy, the final circuit wasn’t extremely hard, so you needed to be a bit lucky,” said Frédéric. “In the end, it’s always a bit of gambling,” Stefan explained. “Unfortunately, I did not play the right card this time. I was also a bit on my limit at the end, like everyone else I think. It was a really hard race and I felt I lacked a bit of freshness. It was my third race in five days, and all three were hard.” In a lively final, the Swiss rider followed a few attacks but not Van der Poel and Benoot who went away two kilometres from the line. “I don’t think he has any regrets,” added Frédéric. “The first two went when he just completed a heavy pull. We certainly take the start to win, but we are satisfied to have a rider in the right move”. In the sprint for the remaining places, Stefan Küng took sixth. Two minutes later, Valentin Madouas crossed the line in eleventh place and Olivier Le Gac later entered the top-20 (18th). “Valentin has very good legs but he doesn’t position himself like Stefan, so he always has to come back from far, and that’s what cost him a better result today,” concluded Frédéric. “We are very satisfied with the team. Lewis and Kevin are back at a good level, after being a bit sick at the start of the campaign. We’re right up there as a team, and that is also why we would like the group to be even more rewarded, with victory. We are aware that it is not easy, but that’s what we’re aiming for. We are very happy with our first three Flemish Classics. For now, everything is going well. Of course, Tobias crashed today, but he didn’t seem to have broken anything and will be motivated to be at the start of the Tour of Flanders”. Just like his Swiss captain. “I feel confident in the climbs”, said Stefan. “I feel very strong, stronger than in previous years, so it gives confidence for Sunday”. 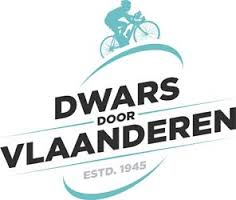 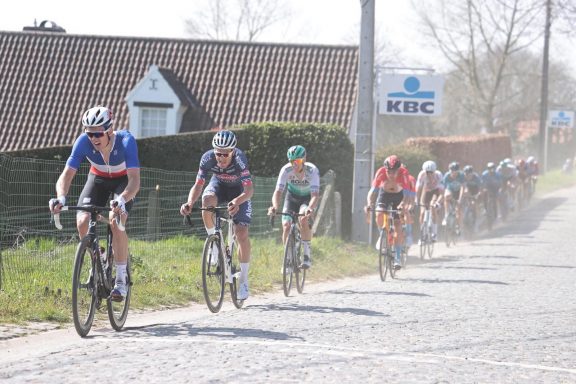