The Groupama-FDJ cycling team put an end to its Tour of Poland, the first WorldTour stage race since the season restart, with another good performance. In the streets of Krakow, the Swiss Fabian Lienhard took part in the final sprint and just missed out the top 10 (11th). Rudy Molard completed the race in 15th place overall and now heads to Il Lombardia.

On paper, the fifth and final stage of the Tour of Poland seemed yet another one for the sprinters. However, as Jussi Veikkanen pointed out the day before, a strong breakaway could indeed aim for victory after two very demanding days. Therefore, there were quite a few attacks in the first minutes. “The start was difficult, with two nice hills,” explained Benoit Vaugrenard, sports director alongside Jussi in Poland. “It was the last day, there were not a lot of sprinters remaining and we wanted to try our luck on this stage as well. We knew that if a good move broke away, it could make it until the end. But the breakaway eventually formed pretty early, after about ten kilometers. There were only four riders in front and Deceuninck-Quick Step immediately controlled. We then saw a classic WorldTour race”. In the lead, Luke Rowe (Ineos), Geoffrey Bouchard (AG2R-La Mondiale), Hugo Houle (Astana) and James Whelan (EF Education First) later received the support from a fifth man, the local Przemysław Kasperkiewicz, but the gap never grew significantly.

Shortly before the last third of the race, Jos Van Emden (Jumbo-Visma) and Alexis Gougeard (AG2R-La Mondiale) made the jump from the peloton to the leading group but were unable to bring the breakaway until the finish. They all got caught with less than ten kilometers to go when the sprinters’ lead-out trains started to set up. “In the final, we focused on Fabian in order that he could try the sprint as he didn’t have a chance to do it on stage 2,” Benoit explained. “Benjamin was in charge to replace him knowing that he is a great time trialist and that the circuit suited him well. Then, on the last lap, Fabian pretty much fought on his own but still went to grab eleventh. It’s always good to get a nice place and it’s above all encouraging for the future. It will boost his morale”.

The team then ended the race with two stage podiums and a 15th place overall. The balance could have been even more positive with favourable circumstances. “The riders are doing well but we are left a bit disappointed”, said Benoit. “We got by ok considering Marc’s crash, but seeing the legs he had, we are of course frustrated that he had to leave us. Yesterday Rudy struggled in the last 200 meters and it costs him the top 10 overall. There is a bit of disappointment from this point of view, but we know it’s a WorldTour race and you can’t make mistake. That’s racing. The five remaining riders finished this Tour of Poland in a rather good way and it’s interesting for what’s next to come”. Particularly for Rudy Molard, who will be at the start of Il Lombardia next Saturday. “What he has shown here is very encouraging,” concluded Benoit. “We will be able to count on him. He can have big ambitions for the races to come, on courses that will suit him well, and we know anyway that Rudy is one brave rider”. 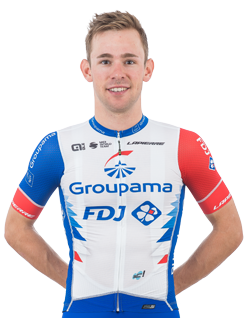 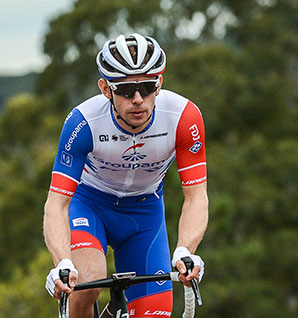 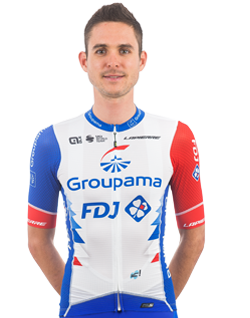 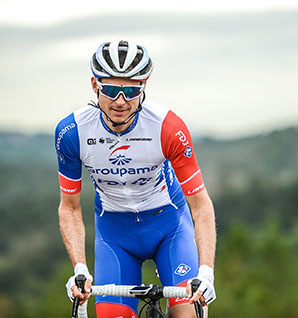 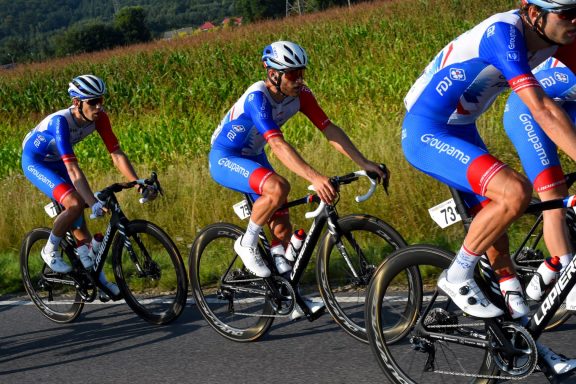 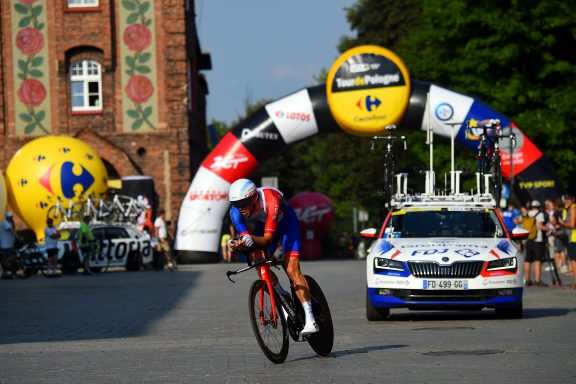 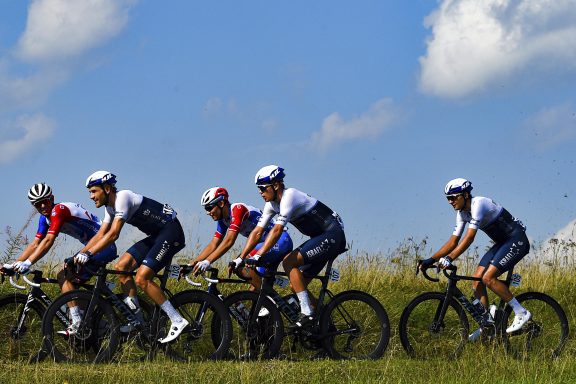