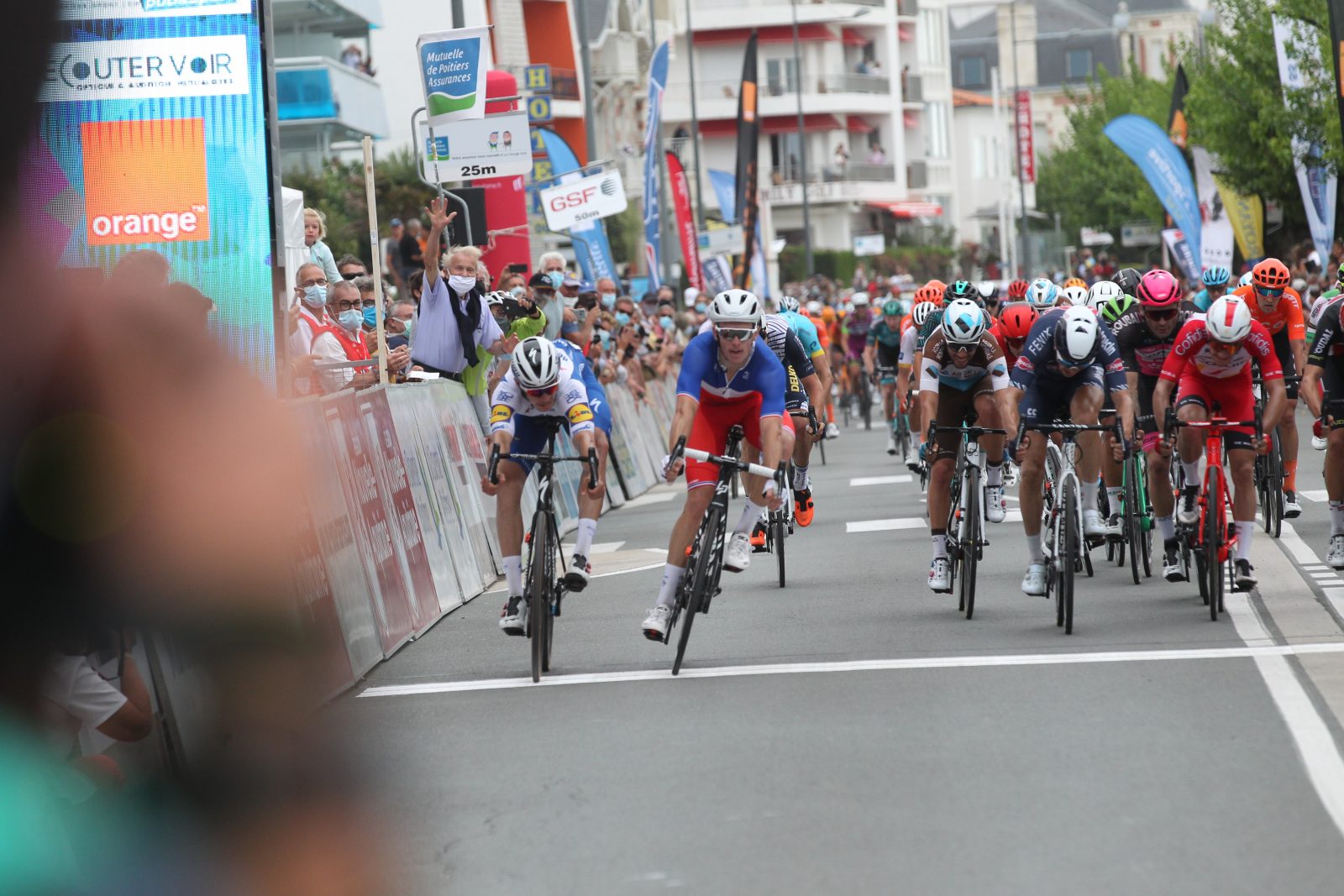 “You can’t win every time,” said Arnaud Démare after his silver medal at the European Championship on Wednesday. Maybe not every time, but still quite often. Currently enjoying a super condition, the Groupama-FDJ’s sprinter took his sixth win since the season restart on Thursday in the opening stage of the Tour du Poitou-Charentes en Nouvelle-Aquitaine. Icing on the cake, he got it in his first race back with the French Champion’s jersey. However, he will provisionally put it away on Friday since he is now also wearing the leader’s white jersey.

“It was close”, Arnaud Démare

Four days after his title at Grand-Champ, Arnaud Démare put on his new French champion’s jersey for the first time in competition on Thursday, as he was starting Tour du Poitou-Charentes en Nouvelle-Aquitaine’s first stage. Few hours after his silver medal at the European Championship in Plouay, the French sprinter could first enjoy a quiet start to the stage that saw two men breaking away. Straight away, his teammates took position at the front of the bunch and the first breakaway was even caught fifty kilometers into the race before another trio took the lead. “We mostly pulled with our young Hugo Page, from the Conti,” explained Frédéric Guesdon. “He got some help towards the end from Kono in order to catch the breakaway. We kept the other five for the sprint”. In control of the bunch throughout the day, Groupama-FDJ therefore let the trio take a five-minute advantage around the mid-race before gradually reducing the gap and bringing it all together with ten kilometers to go. It was then down to the final sprint.

“I don’t think we did a great sprint today, but it can happen,” said Fred Guesdon. “It was a bit lively at the end. It was tense, it was windy, with small roads, so we had to be careful with the echelons. We accepted our favourite role and got almost no help. So it wasn’t easy for us in the finale and we may have missed a little something. It’s also possible that one of the guys did not have the best legs today, but the most important is that we got the victory.” Although the lead-out train was not as efficient as it was in the previous races, Arnaud Démare nevertheless managed to secure the victory by a few centimetres against Alvaro Hodeg. “It was close, really close,” said the Frenchman at the finish. “Yesterday the photo-finish failed me, today it’s on my side, so it’s good. However, we will have to be careful over the next few days because we did not do the perfect sprint today. We wanted to make the race harder with the side wind, but we suddenly ran out of numbers in the finale. We then used Deceuninck-Quick Step for the finish. In the end, there is the victory anyway, and this is the sixth! It’s great and everything is worth taking! “

“We will not content ourselves with it”, Frédéric Guesdon

“Arnaud keeps winning, and he deserves it,” claimed Fred. “He worked a lot in the early season and also after his crash during quarantine. His lead-out train is also doing very well, but the whole team around him is performing well. During the last stage of the Tour de Wallonie, it wasn’t especially the train that made the difference. It’s easier when the guys are in good shape anyway”. A winner in the Tour du Poitou-Charentes en Nouvelle-Aquitaine’s first sprint, Arnaud Démare should have three another opportunities to raise his hands over the next few days. Let’s also remember he took it all two years ago, storming the time trial and the GC as well. “Everyone tells us about this grand slam”, concluded Fred. “But we won’t get carried away. We’re going to take it day after day, especially since you never know how it can go. Today, the photo finish was on our side but it could have been the other way around. This victory is a good omen, even if we will not content ourselves with that. What’s interesting is that we took charge of the race and we were rewarded at the end. In the past it wasn’t always that way, so obviously everyone is happy”. 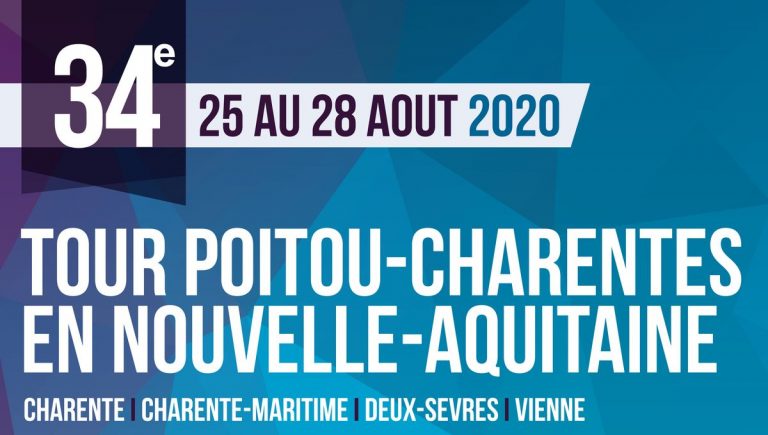 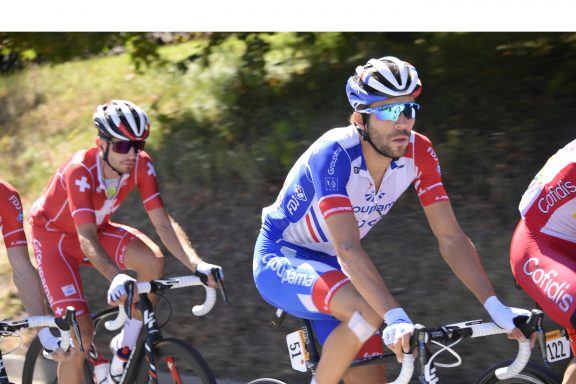 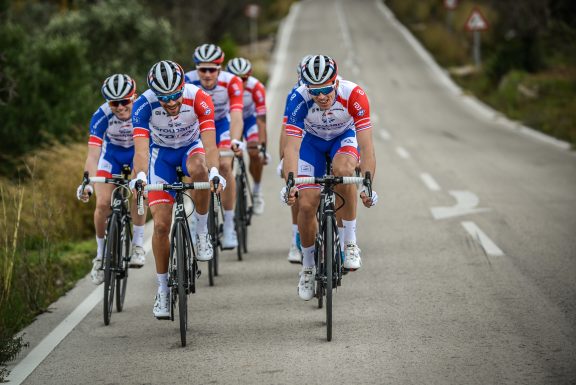