Second victory in two days for Stefan Küng. After winning the time trial and taking the lead in the overall rankings of the Tour du Poitou-Charentes on Thursday, the Swiss rider did not miss the opportunity to secure the GC win on Friday. The fifth and last stage proved to be lively at the start and at the finish, but the time trial specialist got a great support from hisGroupama-FDJ teammates before following the attacks himself in the closing kilometres. Everything eventually came down to the sprint, where Paul Penhoët was able to take fourth while Stefan Küng maintained his place in the bunch to conclude this nice stay in Poitou-Charentes. The team now tallies 14 wins in 2022.

Stefan Küng took the start of the last stage of the Tour du Poitou-Charentes this Friday with a lead of twenty-one second. A small margin that had to be defended at all costs over the 185 kilometres towards the bumpy circuit of Poitiers. It all started by letting the right breakaway go, which turned out to be very complex as the bunch fought for nearly fifty kilometres before a group could go away. “A lot of people wanted to be in the break, so the start was very fast,” said Stefan Küng. “It took a while for the break to go, but once it did, the composition was fine for us. So, we were able to manage it quite peacefully”. “There were sixty difficultkilometres for us, but we were mentally prepared for it”, added Frédéric Guesdon. “The primary goal was to let a small group go, hoping that there would not be a rider up in the GC. In this case, it was perfect. We did what we had to do in the first part of the race, and when the group of six went, we noticed that there was nobody dangerous for us. We were able to catch our breath and refocus on the final where we also expected to endure attacks”. Anthony Roux and Tobias Ludvigsson first controlled the breakaway, whose best-placed rider was 3’14 behind Stefan Küng in the morning. The gap reached a maximum of 3’45, but it was already reduced to two minutes forty kilometres from the finish, when approaching the final circuit.

The first attacks came quite early, as soon as the first time up to the circuit’s climb (500m at 8%). “The climb hurt, but there was above all a crosswind at the top, so there was a big risk of splits,” explained Frédéric. “It was important to positionStefan at the bottom of the hill and then hang on as much as possible to hold on and stay close to him. We couldn’t leave him alone; he had a lot of opponents”. The peloton stillcrossed the finish line for the first time all together, 1’30 from the breakaway. The gap was almost similar one loop later, entering the last lap, and Stefan Küng could still count on four teammates. However, in the very last climb of the race, with ten kilometres to go, the Swiss rider took things in his own hands. “We expected attacks in the final, and that’s what happened,” he said. “The guys paid a bit for the efforts they made in the last few days, but I had very good legs, so I was confident. My legs were so good that I thought about tryingsomething if it was hard enough, while making sure I wouldn’t be countered. You always need to find the right balance when you have the leader’s jersey. When you are second or third, you can leave it all on the road, because you have nothing to lose. When you are first, you need to manage your efforts well”. “Stefan didn’t just show in the time trial that he was the strongest,” emphasized Frédéric. “Every time there were big moves, he was up there”. After following the offensives on the climb, and then the acceleration of Benjamin Thomas at the top, he secured his position and was able to have everything under control in the final.

“I want to keep this good momentum going”, Stefan Küng

In the closing kilometres, Erik Fetter tried to stay away from the bunch. However, the latter eventually got the better of the Hungarian in the final kilometre, and Paul Penhoët managed to sneak past to take fourth place on the day, just behind the winner Lorrenzo Manzin. “Paul was in the second group, and he joined Stefan’s group just two kilometres from the line”, added Frédéric. “He followed the sprinters, and as there was no more risk for the GC, he gave it a go in the sprint. This week he was second, third (although he was disqualified) and fourth. It shows he’s in the mix. It’s a good sign.” Stefan Küng maintained his effort to the end to take fifteenth place on the stage, confirming his overall success for good. “We came hereto win the time trial and the overall with Stefan, and that’s what we managed to do”, said Frédéric. “Paul also showed great things in the sprint. It’s a very positive outcome.” “Even though I had had a very good season so far, I was missing a victory, so it’s nice to come back from this Tour du Poitou-Charentes with two wins,” Stefan concluded. “This bodes well for the rest of the season. I want to keep this good momentum going. This stage race did me good. I can’t wait to be in Plouay”. 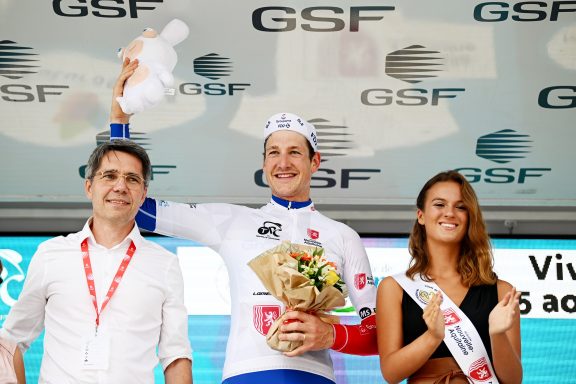 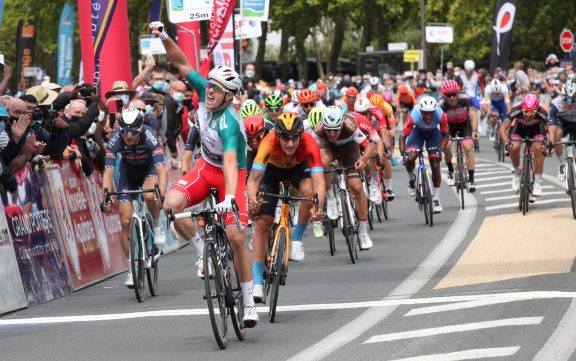 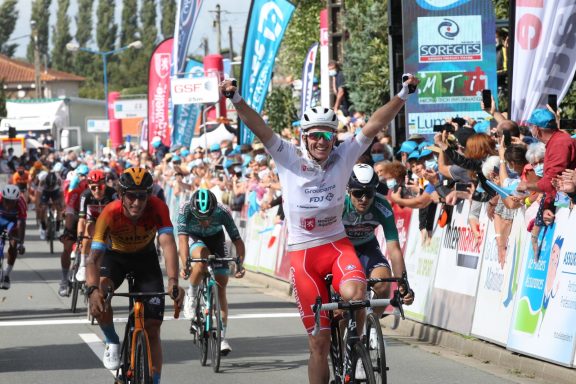