In the aftermath of the fastest stage in the Giro’s history, the bunch felt the need to catch its breath on Saturday, in the eighth day of racing across Italy. This allowed the breakaway to go all the way to the end, which resulted with the victory of Alex Dowsett. After winning three of the previous four stages, the Groupama-FDJ cycling team took it easy today, prior to a mountain stage on Sunday, which will come just before the first rest day.

It might not happen often, but the appetite of Arnaud Démare and his teammates seemed satisfied entering today’s stage. The day after the third victory of the French champion in this 2020 Giro, the Groupama-FDJ team wanted to enjoy an “easier” day in Puglia, between Giovinazzo and Vieste, over nearly 200 kilometers. Therefore, when the day’s breakaway including Simone Ravanelli (Androni Giocatolli-Sidermec), Joey Rosskopf (CCC), Alex Dowsett, Matthias Brändle (beiden Israel Start-Up Nation), Matthew Holmes (Lotto Soudal) and Salvatore Puccio (INEOS Grenadiers) was formed after about thirty kilometers, the cyclamen jersey’s teammates stayed calm well inside the pack. “We wanted to ease off on the pressure today,” Arnaud Démare said a few hours later. “We’ve won three times already, there was a big echelons stage yesterday, and we’ve been very committed in the past week. So we told ourselves: “let’s take it easy and take a breather for a bit”. We really wanted to turn it off mentally in order to recover”. “We were hoping that a big breakaway would go today,” Sébastien Joly said. “If only 2-3 riders would escape, which was the second scenario, we would probably have taken part in the finale. In the end, six guys took the lead and it was a perfect situation for us”.

“We wanted to reduce the mental workload”, Sébastien Joly

The Groupama-FDJ team therefore had no clear interest in taking control of the race today, but it seemed to be the same thing for the entire bunch, since the chase never got underway. It then quickly appeared that the breakaway would fight for the stage victory. In the back, Arnaud Démare just grabbed two points in the intermediate sprint before calmly approaching the end of the stage. In front, Alex Dowsett soloed to the win. “It was a category C stage,” Sébastien explained. “This meant that there were only 25 points at the finish instead of 50, and only the first 10 would get points. Given the finale, which was quite technical, and after talking with the guys, we decided to take it easy. There were just four points remaining and it would have required too much involvement. Also, sprints without trains like today can be quite dangerous. In fact, Sagan didn’t take part in it either. Despite the victories, there was still a lot of tiredness last night. Therefore, we wanted to reduce the mental workload ahead of the difficult mountain stage scheduled for tomorrow, in order to be able afterwards to spend a good rest day and get back on track Tuesday and Wednesday”.

On Sunday, the riders will head to Roccaraso where the GC contenders will have the opportunity to fight for maglia rosa before closing the first sequence of the 2020 Gir 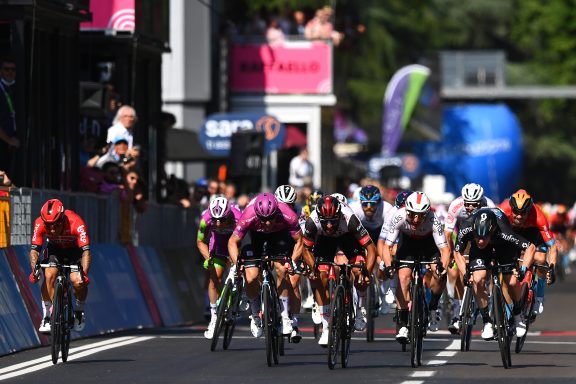 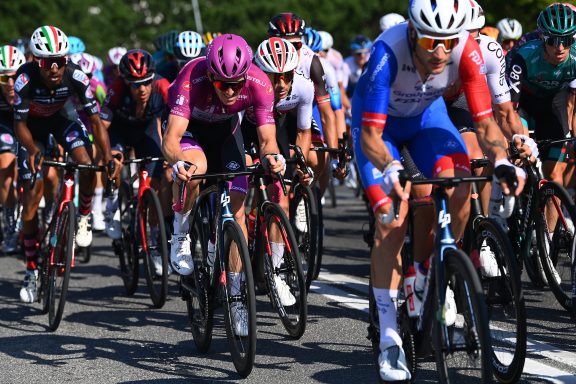 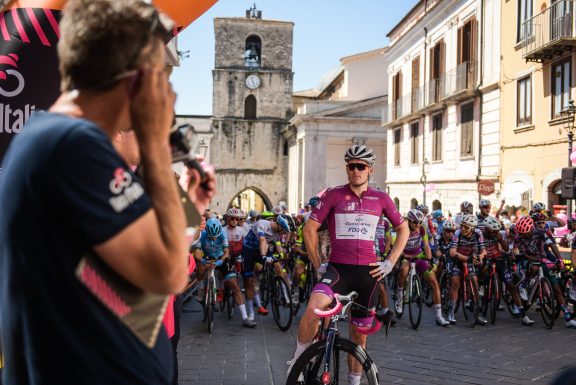