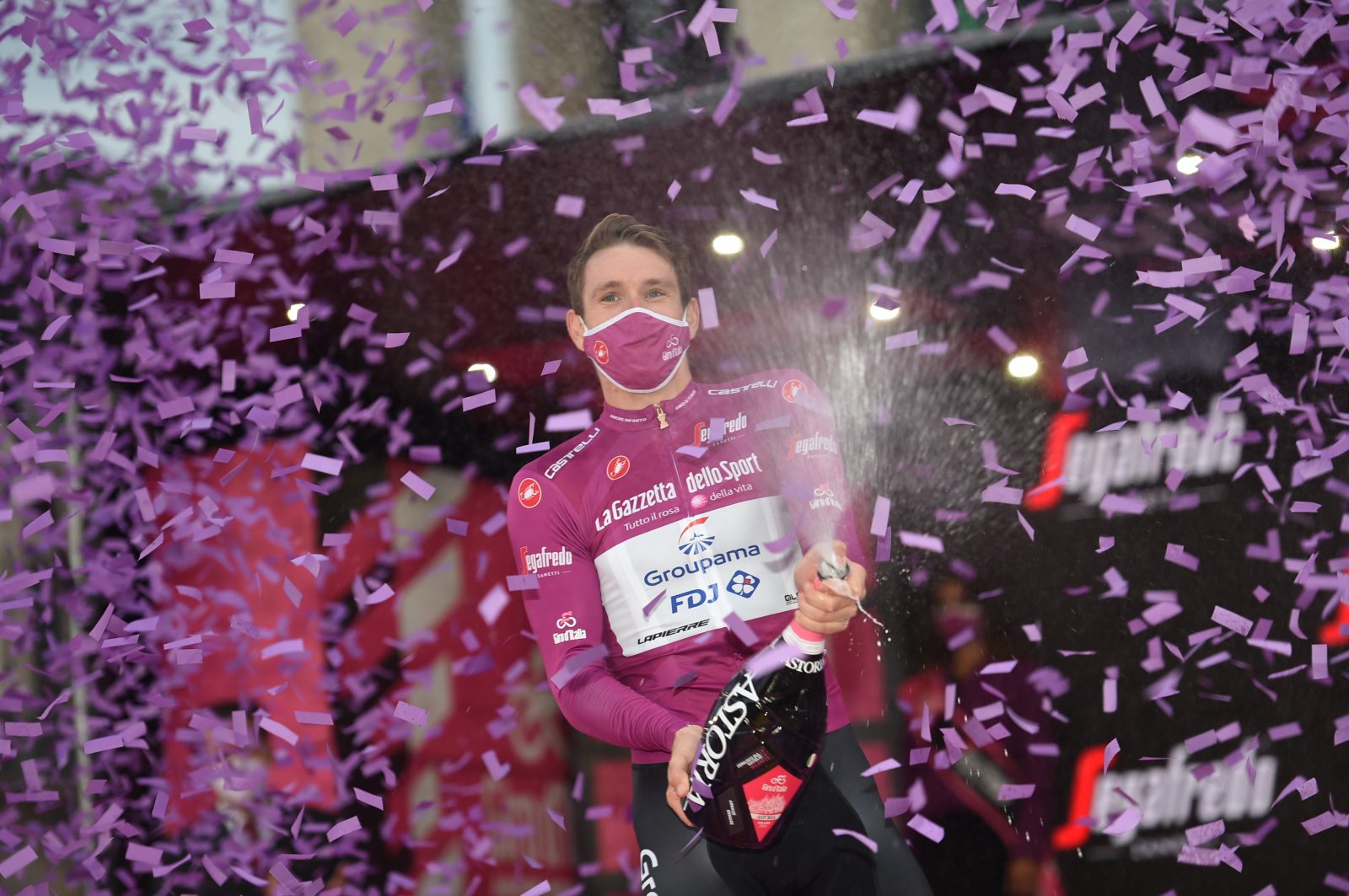 An historical Giro came to its end on Sunday. Historical as Tao Geoghegan Hart was crowned champion after a thrilling finish, but historical also for the Groupama-FDJ cycling team and Arnaud Démare, who got to leave Milano with four stage victories and the cyclamen jersey in their bag. As for the cherries on the cake, they came with a remarkable top 5 in the final time trial for Miles Scotson and with the entire team climbing onto the podium to collect the symbolic fair-play trophy. A great way to conclude three unforgettable weeks.

15.7 kilometers. After some 3,450 already completed and three weeks across Italy, this was the distance left to cover on Sunday to conclude the 2020 edition of the Giro. The final time trial in the streets of Milan had quite an importance in terms of the general classification, but the Groupama-FDJ cycling team was also keen to conclude the race in a good way. All their riders started in the first hour of racing, and although Arnaud Démare and Ignatas Konovalovas set some decent times, Miles Scotson was, like in the first day, the one to make an impression. The Australian rider took the best time at his finish and only four riders, including the untouchable world champion Filippo Ganna, eventually did better than him. Ninth in the opening time trial, Miles took fifth in the closing one. “He did a very good time trial, which actually is a reflection of his level of performance on this Giro,” said Sébastien Joly. “We started and finished this great Giro in a good way thanks to him. It’s a nice sign, but above all it shows how much he developed in the team. A year ago, he was on the Giro pulling behind the breakaways. This year he has moved into a lead-out train launcher and he even compensated for Ramon’s absence. We are extremely satisfied with his sporting qualities, as a rouleur, but also with his human qualities because he is a kind and very calm guy. His work is paying off now and we are all very happy with him, and for him”.

This result therefore came to grow a very busy record already for the team, which includes two top 5 for Kilian Frankiny and another top 10 for Scotson, but above all four stage wins and the cyclamen jersey for Arnaud Démare. “We got here with ten wins already, but everyone knew the watchword: let’s keep going!” told the French Champion. “When we won our first stage, we thought ‘let’s keep going!” The second? “Let’s keep going!” The third? “Let’s keep going!“ Ultimately, we got four victories and the cyclamen jersey ahead of Peter Sagan, who is arguably the toughest rider I could face. I was really disappointed last year with the loss of the jersey and it was still close this year. It wasn’t until the day before yesterday, when the breakaway won, that I knew it was done. Personally, it’s a satisfaction, but I remember the four wins above all. The cyclamen jersey is more important for the general audience and I have actually received a lot of messages for me to bring it home”. For Sébastien Joly, a sports director on the race with Jussi Veikkanen and Benoit Vaugrenard, the outcome of the Giro may be exceptional but it was not unthinkable.

“A great team spirit over the three weeks”, Sébastien Joly

“We didn’t exceed our expectations as our initial briefing included ‘stage wins’, but without saying how many and without putting ourselves limits”, he recalled. “In terms of commitment, we have handled this Giro as a succession of one-day races. There has never been an easing-off over the twenty-one stages, even after the victories, which can sometimes happen. There was certainly celebration, but never easing-off. This is what I will remember the most. We always stayed focused, even with the situation around the race. We can by the way congratulate the organization for bringing the race to a conclusion despite the sanitary conditions and what happened two days ago. The Giro has always been tough and it has been tough again this year, but we also told the guys that the cyclamen jersey would only be better thanks to it. I also think it’s quite symbolic to win it ahead of Peter Sagan”. Third Frenchman to win the points classification on the Giro, Arnaud Démare obviously got the privilege of stepping onto the podium in Milan to collect his jersey. He returned there a little later with his teammates, as the Groupama-FDJ cycling team won the fair-play trophy, for not having committed any infraction during the race according to the commissaires.

“It may seem nothing, but it enabled the whole group to celebrate Arnaud’s jersey and also to take a great photo in front of the magnificent cathedral,” added Sébastien. “If we get this prize, it is also because we’ve proven to be combative and competitive. Arnaud explained to us that even Ineos had praised the work of the team. There was a great team spirit over the three weeks. They are originally rather quiet but I found it quite nice to have the music rising in the bus in the morning of important and mountain stages. Often with Jacopo in control. I don’t remember having experienced this in the past and it also says something about the atmosphere and the team spirit. But I remember even more the smiles at the finishes. There were smiles after the tough mountain stages, and big smiles after the victories. That says it all”. Before joining Ignatas Konovalovas, Simon Guglielmi, Jacopo Guarnieri, Kilian Frankiny, Miles Scotson as well as all the staff to properly celebrate this very successful Giro, Arnaud Démare delivered a final balance. “I have had an exceptional Giro and generally an exceptional season, in every way, concluded the French champion, who ends 2020 with fourteen successes. There was the lockdown, my scaphoid fracture and then all these victories that followed one another. I remember the permanent team spirit from the end of July until today. The guys of the lead-out train, in particular, were exceptional and I personally had the legs to conclude their work. I will be able to have a very good offseason and I know what I have to do to continue to perform well.” 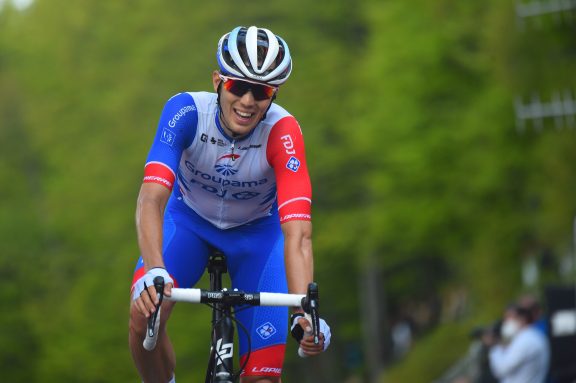 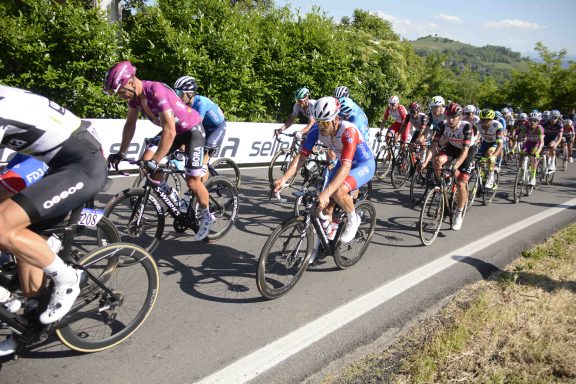 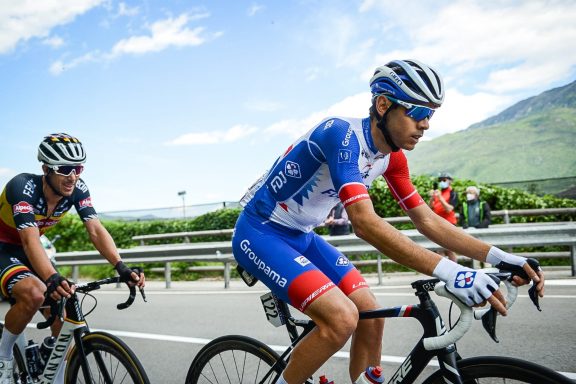