Thibaut Pinot and some of his close teammates return to racing on Thursday in the Tour de la Provence. Just over six months after his withdrawal from the Tour de France, the French climber already aims to put himself back on the map. His sports director Philippe Mauduit also has high ambitions for the team but still remains a bit cautious when doing the race preview.

Philippe, several riders will be back to racing on Thursday. What does the energy in the group look like?

The closer they get to the races, the more they want to be there, it’s obvious. It’s like that at the start of every season. They are always looking forward to put on a bib and go racing, first of all to gauge themselves and see what they are worth physically, to confirm the work done in the pre-season, but also and quite simply because they love racing. They ride a bike because they like it, but also and above all to compete.

“We will really give Thibaut some time to settle back”

Four of them were in Tenerife for a high altitude training camp (Thibaut Pinot, David Gaudu, Rudy Molard, Anthony Roux). Were they satisfied with the work they did there?

They were all super happy to be there, Anthony told it very well (read here). They worked well, they did a great training camp and are pretty much on the same basis than last year at the same period. From this point of view, it validated their decision to return there. Even if it is tough and they knew what to expect this time, they are well aware that this is an important camp, that brings them a lot. Now, the only small uncertainty is regarding Thibaut, as he’s been out of racing since July. Although he is very much looking forward to the fight, we don’t really know where he will be in terms of race rhythm. That being said, we’re only in February. At the end of the Tour du Haut-Var, we can be sure that he will be in good shape and ready for the rest of the season.

What was Thibaut’s approach for this start of the season?

After his recovery, he had to get going again. The recovery was very gradual, and unlike last year, he did not do cross-country skiing. Maybe he didn’t want to. In any case, he focused only on his cycling practice and the very heart of his job. This led him to be back in shape quite quickly. In Tenerife, he produced values ​​similar to those of the previous year, which at the time enabled him to fight for the win in the Tour de la Provence and the Tour du Haut-Var. However, I absolutely don’t want to put pressure on him for these races. As I said, it’s been a long time since he raced. He will have to settle back in the bunch. We’ll really give him time for that because he also has teammates who can win races in the meantime, like Rudy or David. Obviously we are still going to work with Thibaut as a leader, because the group has to find back its way to work together, it’s been six months since they last raced together. A lot of riders can win in the team, so there is no need to put pressure on Thibaut in particular.

“We have to get back into the perspective of winning”

But Thibaut will put pressure on himself anyway…

Yes, and I’m not going to try to prevent it because it’s good that he does it by himself. Then, if it doesn’t go so well, it will be up to me to succeed in making him take a step back from a potential underperformance. He’s got to look forward and even aim to go for the win, simply because he’s made for it and that’s what will make him able to perform later in the season. Nowadays, the level of preparation is so high, the commitment of the team around the riders is so important, at all levels, that we can not afford to start a race and say “we will see”. We start a race with the desire to win. Maybe we can’t, but we will do everything to try. If we don’t succeed, we will always be able to explain to the riders why we failed and why we won’t be doomed to failure in the future. As for the pressure, they don’t need us, they put it on themselves.

Is the start of the season also requires to go easy on expectations?

I don’t think there will be any real underperformance, honestly, but we are also aware that the Tour de la Provence starts with a stage that is very likely to end up with echelons. Resuming competition with a stage like this is not easy at all, even for wind specialists. With that in mind, I don’t want to put pressure on the guys. But obviously, they are all aware that we are still going there to get results. This is not the end of a training period, we are really getting in the competition from the Tour de la Provence on.

The goal is then wider than simply “getting the bearings back”?

Of course! Anyway, when we implement a set-up, it has to be done with a performance prospect. If we implement something easy, the day we find ourselves at the start of an objective, we are facing the unknown, with a good chance of missing out because we have not simulated the situation or prepared ourselves for it. We have to get back into the perspective of winning, find back the mechanism that would enable us to win. Will we be successful? We will only know this afterwards, but in any case, that’s where we want to head.

“We are not going to ignite”

This year’s route in the Tour de la Provence is pretty tough. How is the team going to take on the race?

Antoine Duchesne, Anthony Roux, Matthieu Ladagnous and Ignatas Konovalovas will be there to look after the team on the flat parts and in the echelons. We count on them to protect the team and maintaining the leaders up front when we will be facing the wind, especially on the first stage. Then we’ll have Rudy Molard and David Gaudu to help Thibaut in the mountains, especially for the Chalet Reynard stage. For sure, Thibaut likes the cycling landmarks. That being said, the finish is not at the top of the Ventoux, and above all, it is only February! Thibaut’s goals are way later, we are not going to get too enthusiastic. If he has the legs, obviously we will do everything to help him win a stage. And if it’s the Ventoux one, I think it will obviously make him happier than any other.

Is the Tour, Thibaut’s main objective, already in everyone’s mind?

We’re already in the Tour’s perspective, of course. All the rosters, all the races chosen are made in order to unite a group, to make a group work together and to prepare for July. However, we must not lose sight that we are far from July, and if a rider like William for example is not with us on the Tour de la Provence, it’s because he underwent a surgery a month ago. Obviously, we plan already, and then the Tour de France is so competitive nowadays that we have to prepare it months and months ahead.

“I do my bit, others do theirs and we continue to move forward”

Obviously. Just look at Geraint Thomas’s season last year. He was sick, was overweight, and was way behind in all races until the Tour de Suisse, where he planned to finish his preparation. Bad luck, he crashed out after two days. Despite all that, he was on the podium of the Tour. You just have to keep it right, keep a cool head and stay focused no matter what. A poor performance will not call everything into question, far from it. We know where we stand. We guess what could be our shortcomings. We are all rather naturally optimistic so we sometimes forget a bit that we could also have setbacks, but we are ready to endure some knowing that it will not, in any way, question what could happen in July.

From a personal point of view, what are you expectations entering your second year in the team?

I don’t expect anything (smiles). I’m here to bring something, not to take anything. In the first year, I usually observe and try to find my place into the team. I think I was very well welcomed here and that everyone made my arrival and my adaptation quite easy. The second year must be in the continuity of the first one. An acquaintance of mine always told me: every morning when you get up, you need to have an idea and develop it. That’s what I would like the second year to look like. To get up every morning with an idea, share it with my colleagues and to make progress. I think we all work with that spirit. We’ve already put some things in place lately, we keep putting others in place and then we move on. I do my bit, others do theirs and we continue to move forward. 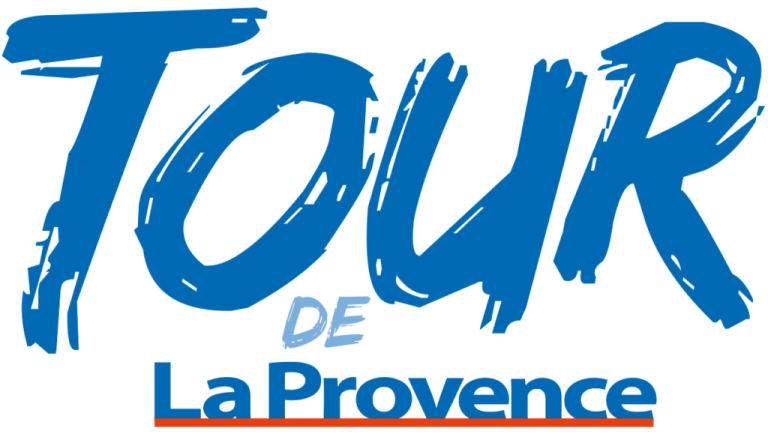 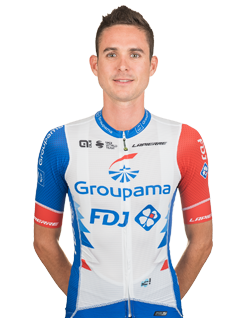 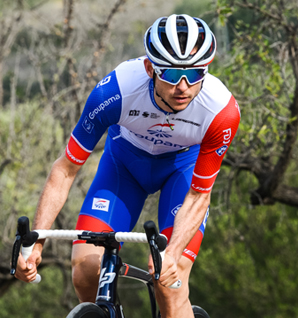 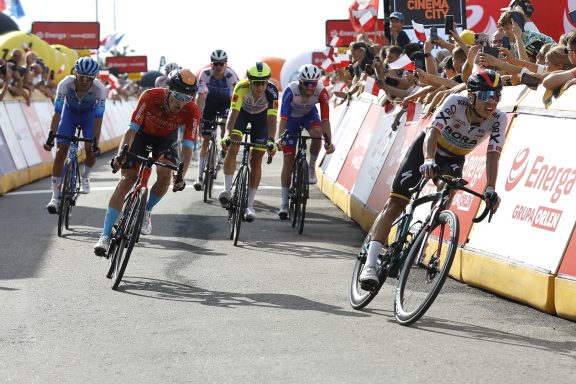 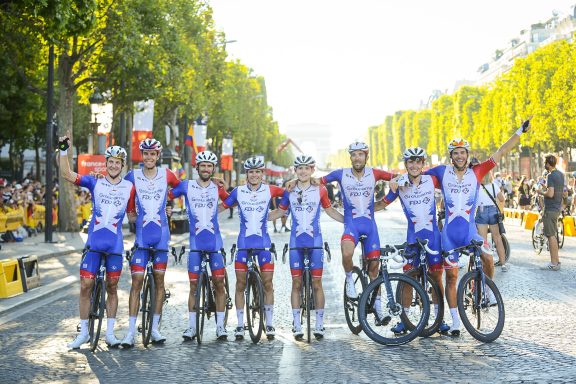 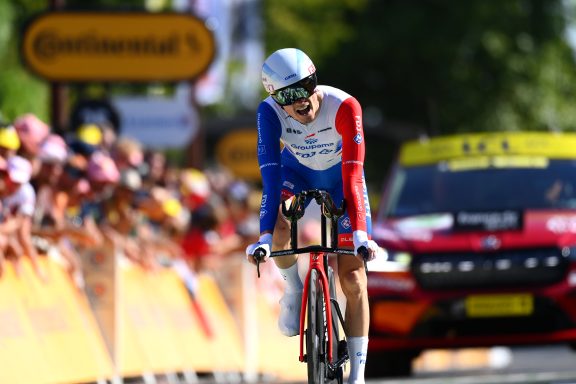