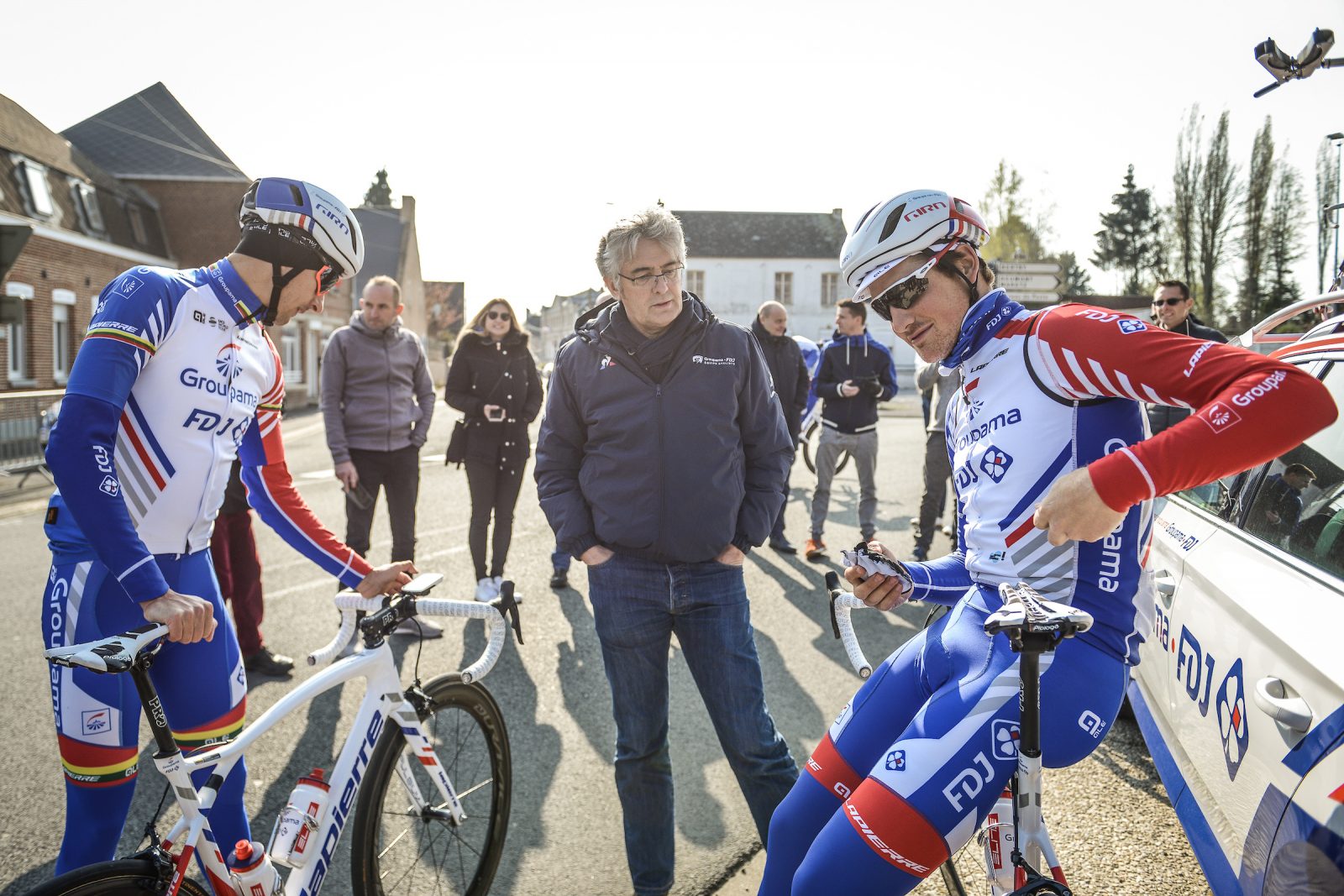 Like many countries, and other sports competitions, the cycling world has stopped on Saturday afternoon, at the end of Paris-Nice. Due to restrictions to slow the spread of the Coronavirus, bike racing has been shut down until further notice. We took the opportunity to take stock of the situation with Groupama-FDJ’s general manager Marc Madiot before the strange and challenging weeks to come.

Marc, the first part of the season strangely ended yesterday with Paris-Nice. Is it possible to make an assessment after just two months of racing?

It is difficult, especially for us, as we had voluntarily set up a fairly light start to the season for some of our riders. We didn’t race much in February; the goal was to start performing well in March… It was a choice made on sporting criteria, and when we thought we would start to be very competitive, we ended up stopping. Apart from some riders who did 8-10 days of racing, the others have 3-4, or even zero as for William Bonnet. We were starting to be quite good nonetheless. We eventually got on track for Paris-Nice, as was we did in the UAE Tour with Gaudu and Démare. Our leaders were getting to their best shape. At least, it confirms we made the right choice in the season preparation, but we can’t say more.

“The next 15 days will be decisive for the future”

What is concretely the situation of the race calendar at this point?

Like everyone else, we have been monitoring all the cancellations continuously, “as live”, in the past few days. As we speak, everything is cancelled for at least a month. And when everything will restart, the various announcements will also be spread along the time. Above all, it will be necessary to ensure that everyone can get this restart. We shouldn’t allow some to take the dates they desire only because they are, on paper, more important. As president of the National League, this is one of my real concerns; to pay attention to the “weakest” ones: may they be organizers, races, teams and riders. Big organizers and big teams will always find a way out, but we must make sure that the “pyramid” stands still, and it depends on minor races above all. I will be very attentive on that. Of course, I want the Giro to take place, even if it is postponed, but it must not take down small organizers. It shouldn’t be at all costs. No one should be left aside.

Is there today a way to anticipate the weeks and months to come?

I’m not going to look too much ahead for now. In the past fifteen days, we already had the opportunity to make all sorts of plans, on programs, race changings, but in the end, everything ended up in the trash after two days. Firstly, we will pay attention to what is happening from a health point of view since this is what will determine everything else. Sports authorities will line up behind what international governments say. I don’t want to say it’s a second “winter break”. For now, we’re just going to try to be pragmatic. The next 15 days will be decisive for the future. We will imagine, within the team, what we could possibly consider, but the most important today is the virus spread. We all rely on that. Depending on the evolution, we might at some point see the end of the tunnel, but we have to be very careful. For now, planning is useless, because we are likely to be disappointed, and I do not want to give ourselves false hopes. We have already considered plans A, B, C, D. On the whole of the last fifteen days, UAE Tour included, we might even be at plan M as we speak! We have had strange experiences in the last two weeks. We will therefore take stock and give ourselves two weeks to assess the overall situation. From there, we will potentially have an idea on how things could evolve.

“It is impossible to know when the season will resume”

How will the team work in this challenging period of time?

We will first take a look at the situation, but it will be done quickly, since everything stopped. We will try to enable our riders to handle the situation as well as possible, by accompanying them in the best possible way, while knowing that we cannot do a training camp. It will be a moral supportmore than anything else since we can no longer get together to train or race. We will make sure that the riders can continue to train on a daily basis, and they will do it on the rollers if, as in Italy or Spain, they are forbidden to go outside. That’s it for sports. As far as the administrative and life of the team is concerned, it’s a bit blur as we speak. The government said it will take care of everything, but in practical terms, we will have to understand how it will work for our company. It’s not just the sporting aspect. There’s a big part of the iceberg that is hidden. In any case, this global cessation of economic activityis a turning point. We operate like any other company, so we will inevitably face consequences. We will be attentive to what the public authorities and the ministries will say about this. I also have meetings scheduled this week, with the leagues association and with the National League to take stock of the situation, but we remain extremely dependent on thesociety.

How do you grasp such an unpredictable and unique situation?

We are all facing it. The most disturbing thing, actually, is the uncertainty that comes with it. When you know that you are off for two or three weeks, it’s quite simple to handle. The concern here is that we don’t know how long it will be. If we want to be optimistic, we can tell ourselves that everything will restart in three weeks, but the truth is, when we look at what happened in China, that it will take much longer. The season will inevitably resume at some point. But when? How? It’s impossible to know at this point. In any case, cycling is often a reflection of society. This will be the case again this time. We will resume when the society will be back to normal as well. And the Tour is not spared. Very clever who can say today what will happen with it… For now, I want to remain practical. Let’s do things the right way, let’s put us in stand-by mode and do what we are asked to do for at least the next two weeks. 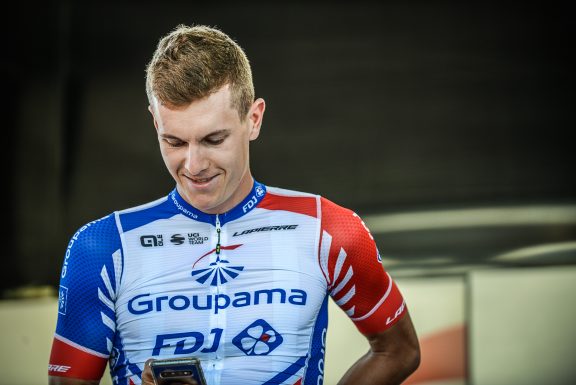 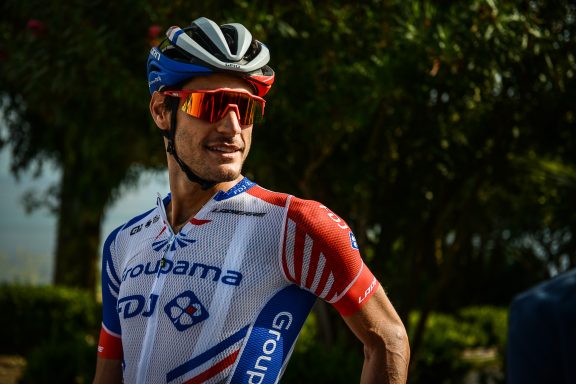