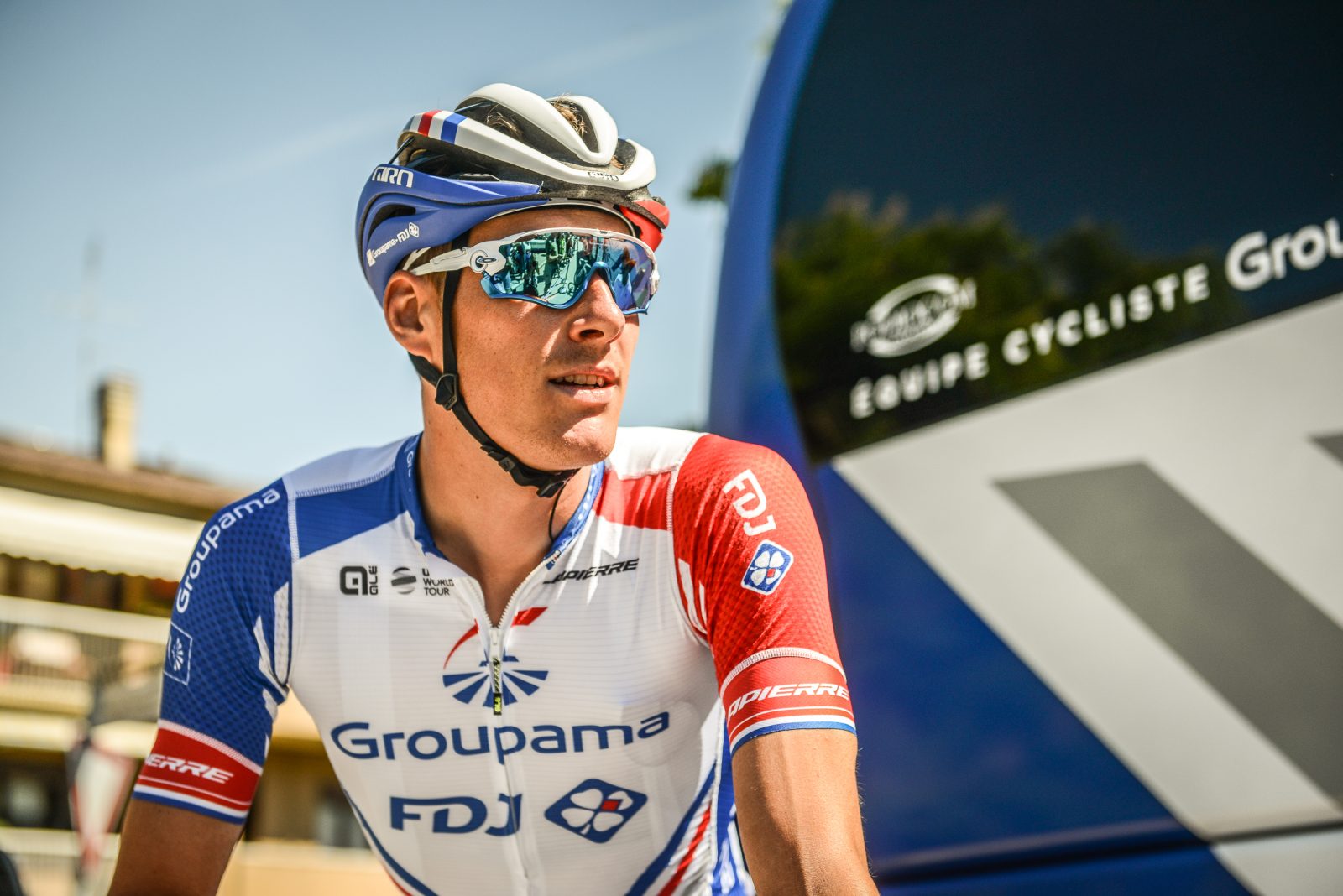 “You better call Jake! (laughs)”. The stunning second position earned by the Conti’s rider Jake Stewart obviously caught the eye of Ramon Sinkeldam who, like the Briton but also Tobias Ludvigsson and Fabian Lienhard, participated in the third stage of the virtual Tour de France on Saturday. However it is indeed the 31-year-old Dutchman, Arnaud Démare’s loyal lieutenant, who we wanted to catch up with, barely two weeks to the racing resumption.

Ramon, how did this virtual stage go for you?

I was dropped after 15 minutes or something. It’s such a difficult effort for a rider like me, who is more like a sprinter and who is heavy. You have to push all the watts like it would be a climb. On Zwift, it doesn’t matter if it is flat, downhill or uphill, you just have to push the watts per kilos. You can never really benefit from the peloton like in a real race. Also, as soon as you lose contact with the bunch, you lose a lot of time in a really quick period. After I got dropped, I rode with three guys and then with a small bunch including Matthews and some other guys. We had Jussi through the voice connection and he told us that Jake did a really good result but we couldn’t see the race. We did not actually really know what was going on. We only heard Jussi shooting « come on, come on! ». We did not know Jake was fighting for the win. It was really impressive from him. As for me, even though I did not have to ride indoors a lot, I still know Zwift quite well. I also raced the Tour for All and I ride on the platform from time to time. However, I mostly do it for fun because I know that, considering my profile, I can never have a good result. It is still a really good training.

You did not have to ride indoors a lot, but can you tell us how have you experienced the past four months?

It was obviously really difficult for many people in the world, and also for us cyclists. On a personal note, I have two small kids who could not go to school and we were then home all day. However, we were kind of lucky in the Netherlands as we could go out for training. I was really happy with this though we had to train alone. Then, you’re also looking for motivation… Your normal routine is destroyed all of a sudden. I did some indoor training on Zwift and other platforms as well. I just tried to keep a good shape but for sure, you can’t train like you’re used to. The intensities are also lower since you don’t know when your first race will be. When we understand it would be August-September, we realized we could keep it easy. Of course, I could spend a lot of time with my family but we were stuck at home anyway. We could not go out, go for dinner, cinema or even to the park. On one hand, you can spend some time with your son and daughter, but on the other hand, you cannot do fun things like you can when you are free.

About two weeks prior to the first races, the preparation is now at its peak?

For the last few weeks, I have been doing some intensive training to get a good shape again. As soon as France opened its borders mid-June, I went there. My parents-in-law have a house in the Alps so I stayed almost two weeks there to train in the mountains, which is a complete different area than home. I was stuck at home for 3-4 months and it’s totally flat here. It was then very nice to have a different area to train, to go uphill and to have another mindset. I could then fully focus on cycling again instead of coming home tired from training and having to entertain the kids, which is super nice but can also be exhausting. It was really nice to change environment and we also had a really good weather. I was there with Jesper Asselman, another pro rider. We climbed a lot, especially for the type of rider I am, but we were not focusing on doing as much as elevation meters as possible. We just had to do our efforts uphill and we made some nice loops. I think we still did 2000 climbing meters per day, which is 2000 more than I do at home (laughs). I could get a nice rhythm and when I came back, I did some intensity on home roads or on the rollers. I am now at home for a few weeks already but I’ll be leaving for a team training camp in France in a few days.

What will be your schedule for the coming days and weeks?

Next week, I can only imagine a super hard training camp. There will be many hours and much intensity because it will last only one week and we have to get ourselves ready for the races. Normally, I’ll do the Vuelta a Burgos at the end of July, so it will only be recovery at home between the training camp and my travel to Spain. We will then go to Italy for Milano-Torino and Milano-Sanremo. Then we will do some ‘’smaller’’ races like Tour de Wallonie, Tour du Poitou-Charentes, Grand Prix de Fourmies, Tour de Luxembourg. I will be there to support Arnaud. Hopefully, he’s fully recovered from his hand injury and is back to hard training. I believe he is. I just hope we can find each other again and have some nice results in the coming months. Every win, whatever it would be, will be important for the team and everybody. We want to get as many victories as possible. Right now, it’s hard to know where you stand. I did some good training but you never know what the level is in the bunch. Everybody is in this situation; nervous, excited and looking forward to the race, myself included. Still, it’s hard to tell exactly where you shape is.