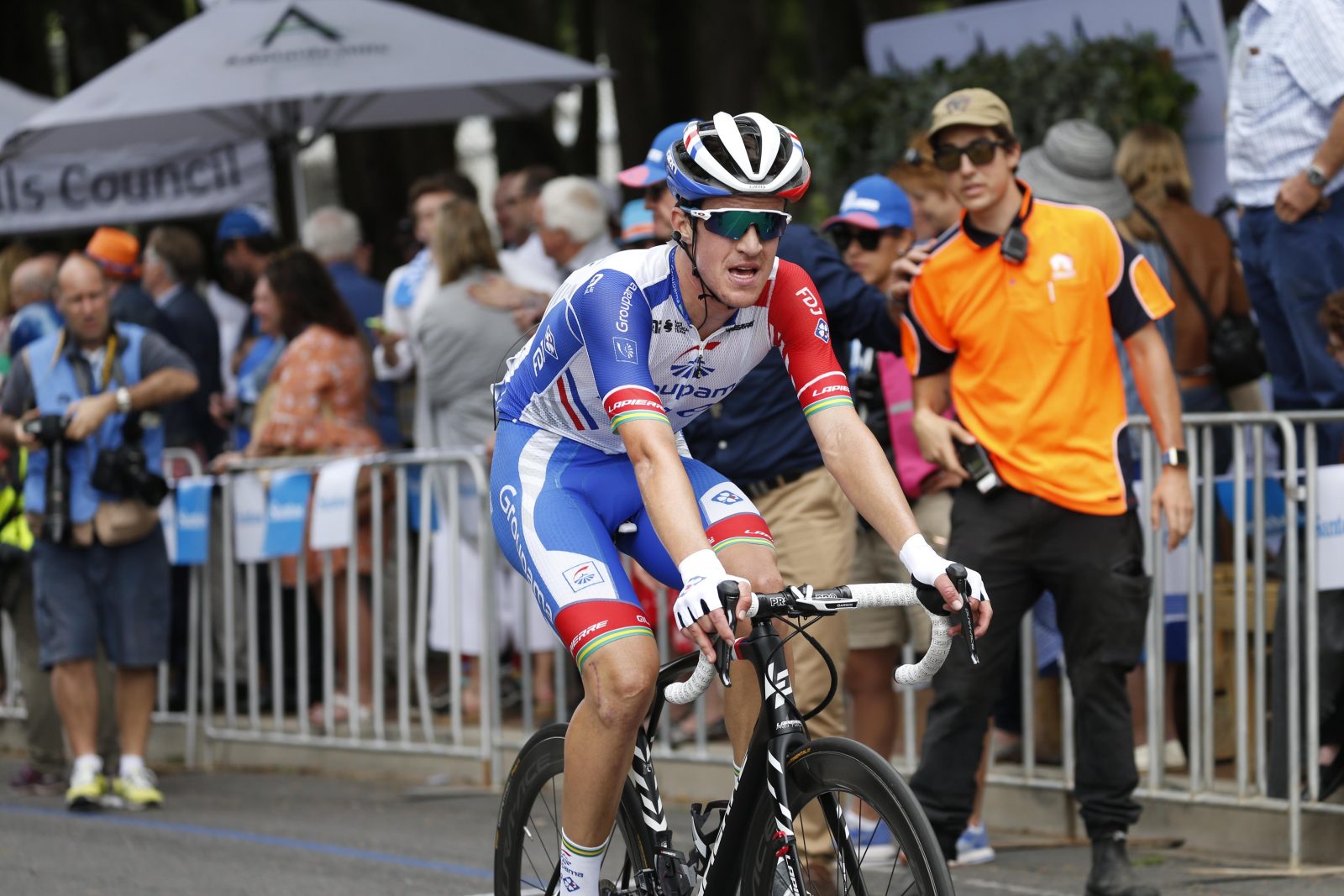 Groupama-FDJ’s riders were told to have some fun on stage 3 of the Tour Down Under. That is exactly what they did! Miles Scotson made good use of his current shape to take part in the day’s breakaway of which he was the last survivor. Later on, Kilian Frankiny was able to express himself in the final climb of Paracombe and thus place himself in the top 20 of the general classification, now led by Richie Porte (Trek-Segafredo) who also took the stage.

Miles Scotson on the attack in front of his home crowd

As he did in the previous days, Miles Scotson has once again proved his great physical condition, making the most of the opportunity granted today to go on the attack straight away, along with Geoffrey Bouchard (AG2R-La Mondiale) and Guillaume Boivin (Israel Start-Up Nation). “Miles, as well as our climbers, had their card to play today, said Jussi. He was in the breakaway last year on the same roads. We knew that Lotto-Soudal was not going to chase. Miles wanted to try but only two riders went with him. They got a five-minute advantage but Mitchelton-Scott and Trek-Segafredo did not want to take any risk and the gap quickly fell down. Miles was the last to be caught, with nine kilometers to go.”

The former Australian champion keeps giving full satisfaction after a shortened 2019 season due to knee surgery. “It is very good, Jussi agrees. He had a good winter, he committed and it is nice to see that he’s ready from the very first races. Even if we didn’t get the stage victory we hoped for, he was rewarded with the most aggressive rider prize, and that’s nice. His parents are always there at the start. He has a lot of friends in the area since he spent all his youth around Adelaide. In these circumstances, it’s always fun to spend the day in front”.

“It was a bit too short for Kilian”, Jussi Veikkanen

After Miles was caught, a pretty fierce battle of positions took place until the foot of the final climb to Paracombe (1.2 km at 9.3%), where Richie Porte claimed the victory like three years ago. “Kilian Frankiny and Bruno Armirail could go for their own result today” continues Jussi. “Even if the climb didn’t suit them 100%, it is always better to go hard and work than take it easy. Bruno had a good position at the bottom but Kilian did not as he lost Fabian’s wheel in the technical section before that. And when you are not well positioned on a climb like this, it gets really hard. Kilian still did a decent climb but it was a bit too short for him. He is now 18th overall but the race is far from over.

In other –good- news, Mickaël Delage managed to finish the race after his crash on Wednesday and Marc Sarreau enjoyed a quiet day. “I don’t think it was a fun day for Micka, but he was brave, he finished in a good way and was never in trouble. It’s rather reassuring”, said Jussi. “As for Marc, I think he managed to save some energy for tomorrow’s stage that is very important for us”. A sprint is indeed expected at Murray Bridge but our sports director expects everything but a calm day: “Two big stages are coming before Willunga Hill. We will have to get through them. I think there will be surprises as we are expecting big echelons for the next two days, especially tomorrow. The area is well-known in this matter.” 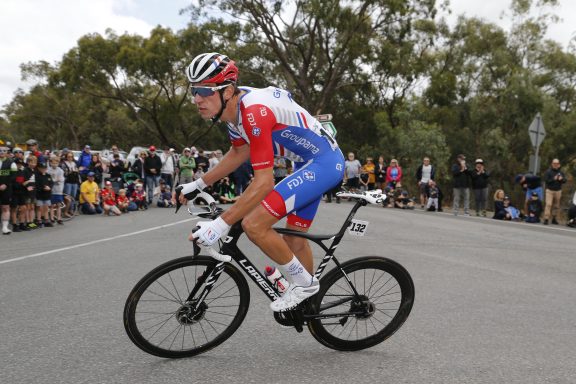