Third day on his first Grand Tour, and already a breakaway for Lars van den Berg. In stage 3 of the Giro d’Italia, which included a lumpy finale on Monday, the 22-year-old Dutchman spent more than 170 kilometers at the front of the race and was only caught by the bunch in the last climb of the day. The young man keeps learning at the highest level and eventually finished within the main peloton like four of his teammates, just a handful of seconds behind the winner Taco van der Hoorn.

Lars van den Berg had everything planned. Among the very first positions of the peloton at the start of Biella on Monday, the Dutchman was ready to jump on the attacks despite the poor weather conditions. “Already from last night, I had the will to go in today’s breakaway,” said the young man. “I told Philippe about it and he had said to me: there is a small chance you can make it, and if you don’t try, you’ll never know”. “Lars was our main option to go for the breakaway, and the others had to be focused on the final in case of an aggressive race,” confirmed Philippe Mauduit. The former rider from “La Conti” did meet the expectations and managed to take the lead quite early on with six men, while an eighth rider joined the group a little later. “It was raining in the beginning, we passed a small town with some corners and then took a gap,” Lars explained. “We pushed and that’s how we got away. Then, we rode quite well together all the time”. Also, it took a little while for the peloton to organize the chase, so the gap got interesting. “We weren’t sure about anything, but when you throw yourself in such an adventure, you better believe in it,” added Philippe. “When the gap went up to 6’30, it was certainly not a comfortable margin, but it was still okay. Quite often, they let that kind of breakaway just 3-4 minutes in front.”

“I will get the best out of this day”, Lars van den Berg

However, with three teams starting to increase the pace in the back, the peloton was just minutes behind the leading group entering the last, quite hilly 75 kilometers of racing. Three listed climbs were to be tackled, and Lars van den Berg joined in the battle for the KOM jersey. At the top of the first two climbs, the Dutchman however got second behind Vincenzo Albanese, the actual wearer of the KOM jersey. “Lars is in his first year with the WorldTeam and is competing in his first Grand Tour,” recalled Philippe. “He found himself in a breakaway on a stage where some points could be taken, so it was interesting for him and for his own experience”. In the end, he collected six points and thus sits third in the mountain standings. As for the stage victory, it went to Taco van der Hoorn, the only member of the breakaway able to hold back the bunch today. “He was undoubtedly the strongest rider today,” confessed Philippe Mauduit. Lars van den Berg finished in the peloton that caught him with about 15 kilometres to go. “I was empty and I dropped back from the first group,” he said. “It was a hard day, but I’ll get the best out of it. I’m happy with my stage, I’ve learned some things but I’m also very tired (smiles). I will definitely try again, but for now I just want to recover for tomorrow’s stage.”

“Lars always shows the right attitude, and when there is an opportunity, he is always ready to seize it”, punctuated Philippe Mauduit. “He had already shown us that last year on the Tour du Haut-Var (3rd at Mont Faron, note). On the Tour of the Alps recently or in the very beginning of this Giro, he confirmed this good state of mind”. At the end of this third stage, Rudy Molard, Matteo Badilatti, Attila Valter and Sébastien Reichenbach also finished in the main peloton of around 100 riders. On Tuesday, the fourth stage of the Giro should cause more damage towards Sestola as the victory will be decided after a final climb of 4,3 kilometers with an average slope of 9.5%. “There may still be new opportunities,” concluded Philippe Mauduit. 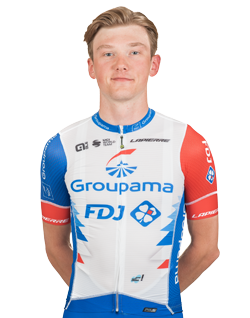 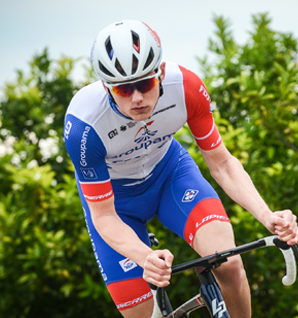 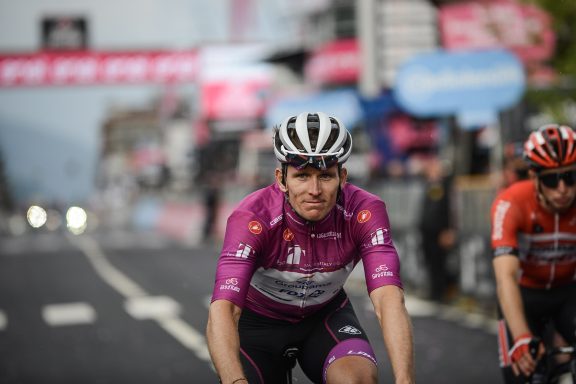 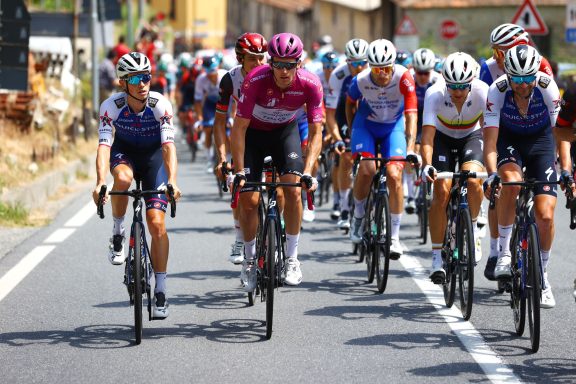 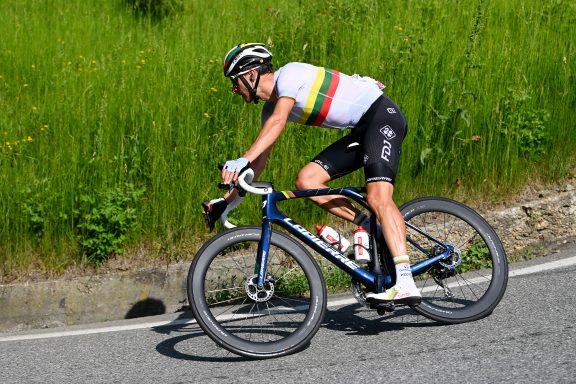