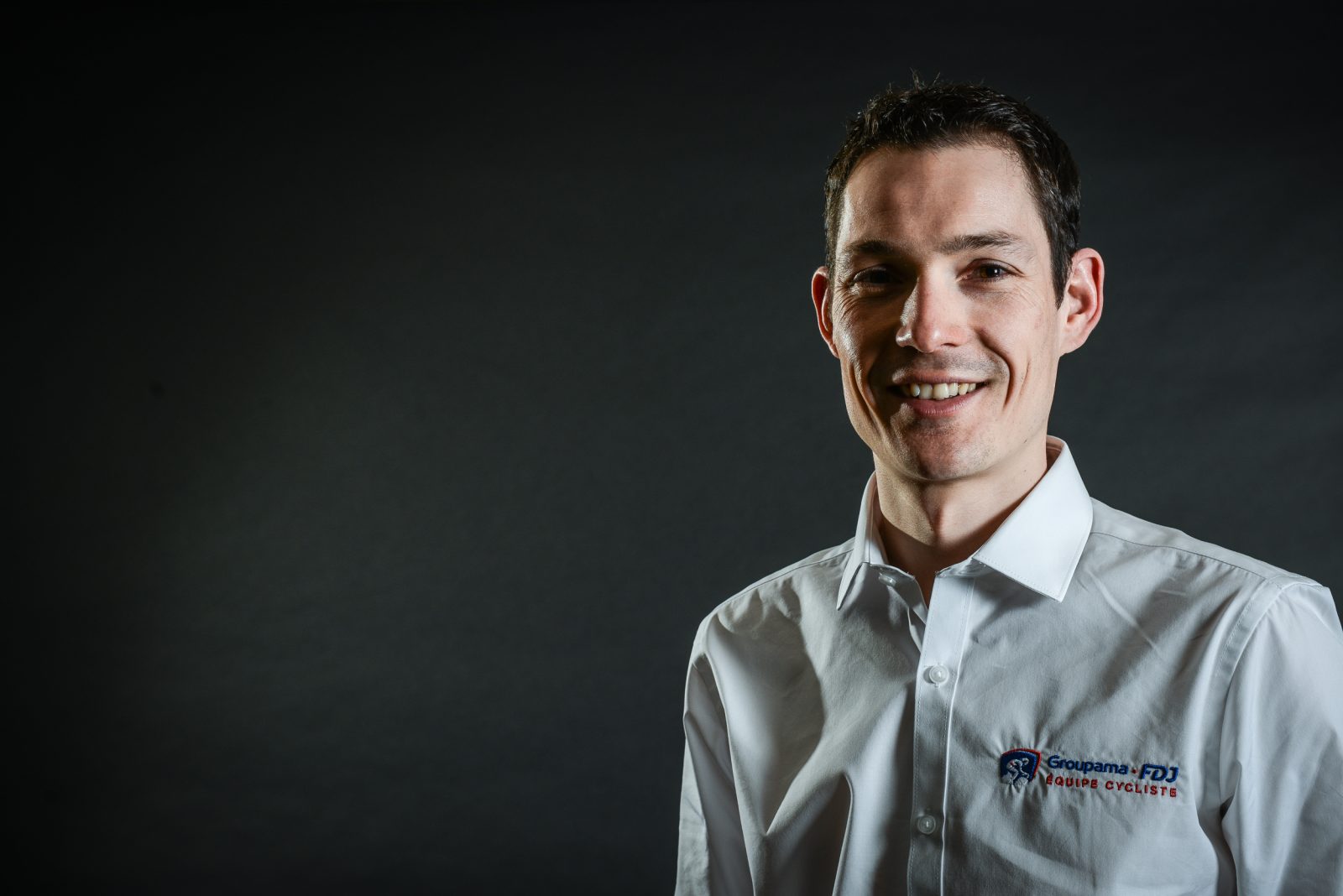 The “Conti” is back on track! Although work has not stopped over the last months, the Groupama-FDJ continental team finally reunited as a whole – or almost so – this week at its headquarters in Besançon. The riders could then return to their apartment, meet their colleagues again and get back to collective and intensive training. Nicolas Boisson, one of the team’s coaches, tells us more about this reunion and the first working days.

Nicolas, have all your riders now returned to Besançon?

Except for Sylvain Moniquet, who is attending a training camp with the Belgian national team, everyone has been there since the beginning of the week. Hugo [Page] and Paul [Penhoët] had already returned more than a month ago. Clément [Davy] arrived three weeks ago. The others gradually returned over the past weekend, mainly by car. There were not necessarily specific preparations to set up knowing that we are all working in Besançon, and since Monday, we have more or less got back to our classic cycling season pattern.

“The purpose was to rekindle team spirit on the bike”

What was the program of those first days?

On Monday, we first had a general meeting since we had not seen them since mid-March. We then took them in individual interviews together with Joseph [Berlin-Sémon] and Jens [Blatter]. On Tuesday, we left them free. They were able to do their shopping, settle in peacefully, but they all still went to ride on their time trial bike, which they had left in Besançon. They were able to get back some habits. Wednesday, we did a great collective ride of 200 kilometers in the region. On Thursday, we worked on the team time trial with technical, tempo and race-speed “runs”. On Friday, finally, we worked on the sprint trains in order to launch our two sprinters, namely Ziga [Jerman] and Paul [Penhoët]. We completed a busy week and so we are leaving them free this weekend. We will then have three very specific days of work next week.

How was the reunion between all of them?

They were happy to be there. As far as I am concerned, after an hour, I had the feeling that I had left them only 15 days ago. As coaches, we were in contact with them every day on the team platform and max every two days on the phone. Above all, it was nice to see them in real life and not behind a screen or through files. I also think our team is already well established, and from our first training on Wednesday, everyone was on time and ready. It was like we had been apart for only 3-4 days. We didn’t feel this four-month break. That being said, some riders had not ridden with anyone of the team since mid-March. So they were obviously very happy to be able to ride in a group again. We clearly saw and felt a real team on Thursday, when we worked on the team time trial, and on Friday with the sprint training. We felt like the guys were happy to be back.

Have the riders had time to sit down together in a calmer way?

It was still a very busy week for everyone. The meetings lasted all day on Monday. On Tuesday they mostly rode with their flatmate(s). On Wednesday, however, we spent six hours on the bike. So they had the opportunity to chat quite a bit between each other. On Thursday and Friday, trainings were more intensive, and everyone went to massage, which makes for pretty busy days at the end of the day. Anyway, with this week and the next, they will have had plenty of time to talk to each other.

What was the main purpose of this “returning week”?

The main goal was to get them to ride together again. Everyone has been left on his own for the past three months. The purpose was therefore to rekindle team spirit on the bike and then work in a very specific way with the team time trial and the sprint. On Wednesday, we’ll be able to focus on mountain training with a ride in the Vosges. Friday, we will make time trial tests, but on an individual basis this time. Casually, the program is quite busy for our young guys.

“They are all happy and looking forward to resume racing”

What was their physical condition when they returned?

They are all in good shape. For the period we are in, they are already very fit. We feel that they have trained well. The races will tell us whether we’re right or not, but we had them all take a break when the lockdown started. The Frenchmen then resumed on the trainers while foreigners were allowed to ride outdoors. There were therefore slightly different patterns. We did however favour the endurance side before refocusing on specific themes. We are now in a very specialized 15-day period and the good thing is that they can achieve their big training loads in a group, which allows to go a little further effort-wise. During the second half of July, they will be able to recover and will do more individualized and specific work before the first races. They are naturally all happy and looking forward to resume racing. They obviously know that the season will only last three months: August, September, October. It will be three important months with big races, whether with us, with their national team or with the WorldTeam. They are going to have quite a substantial calendar, made up entirely of quality competitions. They have been training since December, so they logically are impatient.

Are they already talking about it with you?

Not directly, but we know that everyone is motivated and we can especially feel it when we see their commitment in training and recovery. We had to slow them down a bit at the beginning, but week-by-week, they are moving to the next levels. They also feel they are improving little by little and this is obviously something that can boost them.

Is a training camp planned for the “Conti”?

More or less… We are all in Besançon, so we are doing a month of training camp here! We considered a mountain camp in July in Switzerland, but we want to limit travel and contact with the outside world. Besides that, we have everything we need in Besançon. This is a big advantage. Riders can get a massage, Jacky [Maillot, team’s doctor] can see them. They can even participate in actions organized by our partners, such as Groupama who came on Thursday to deliver fruits and vegetables. These are things that we couldn’t necessarily do if we were on training camp. Another advantage of their coming to Besançon is that they have all received their new AirCode, which has just arrived. It’s a good thing because they’ve all been able to test it and ride with it, except for Sylvain. Feedbacks are very good. Time trial specialists and sprinters are very excited, especially because it is very aerodynamic, and they want to keep it for the last three months of the season.