The final part of the 2021 season is looming for the professional peloton. For David Gaudu, it especially means crossing the Alps and heading towards a series of Italian races where both he and the Groupama-FDJ cycling team will have real ambitions. Before heading to Luxembourg for his final building-up race, the climber from Brittany sat down to talk about the first months of the season but also about the few upcoming weeks.

David, how was your return to racing after a month-long break?

First of all, it felt really good! Almost a month after the Olympic Games, it was nice to put on a bib again, especially at home on the roads of Brittany. It went pretty well in Plouay. Valentin Madouas was in a very good day and was able to get a nice result. We then headed to the races in the east of France, where we proved aggressive. We didn’t win, but we showed good things. As far as I’m concerned, I saw that I was improving, and I especially had the opportunity to show it on the Tour du Jura (5th, editor’s note).

“Coming back from Tokyo, I needed a break”

Physically speaking, these two weekends turned out to be positive?

Yes, even though my form was not 100% in the Eastern races. There is still room for improvement, and that is also why I have kept riding in the South of France in recent days. I mostly missed the race rhythm, as well as threshold and maximal aerobic power kind-of efforts, which is normal after a break. I have recovered well since the last races and I am now heading for the Tour de Luxembourg. It’s really an important step towards the end of the season.

What did you do following the Olympic Games?

Coming back from Tokyo, I needed a break. I spent a week’s holiday at home and it was lovely. I hadn’t been at home for three months and I hadn’t spent that much time there since the beginning of the year. It did me a lot of good to recover at home, with my girlfriend. Then I got back on the bike slowly, without skipping any steps. We started the specific work a week and a half after my first pedal strokes and then the races quickly came. Anyway, the break was good, and so was getting back on the bike. When you resume riding after a break, you can surely feel that there is work to be done, but you also feel that the body has an active memory and that it remembers the past efforts. In the end, feelings still come back quite quickly.

Over this month with no races, did you take time to look back at your performances?

Honestly, I didn’t think at all of what I might have done on the Tour or at the Olympics. During my holidays, I tried to think about cycling as less as possible and to clear my mind as much as possible. I didn’t look back at the first part of the season at all.

“My best season at the pro level”

Are you still able to assess your Tour de France with some more perspective now?

If I think about it, I can point out both good and bad things. We certainly came for more than a eleventh place overall. We did not have a specific goal for the general classification, but when we see what I was able to do in the third week, we can indeed have regrets about this bad day on Mont Ventoux. Now, we can just as easily get some perspective and assume that this bad day could have happened in the Pyrenees… There are therefore some good things, and some less good ones. The positive is clearly my shape in week three, the fact that I rode as a leader, as well as the team’s confidence throughout the race. The bad part is simply not having managed to bring home a stage victory. To be honest, with the exception of the Ventoux’ stage, I don’t have much regret.

Was bouncing back with your teammates after that disappointment a satisfaction?

Actually, it’s not like we had much choice. Unfortunately, by stage 12, there were only four of us left on the startlist. However, we were all motivated. I think we should also thank Stefan for having fully fulfilled his role as road captain during the last two weeks. He was able to remotivate us and get us back in business every day. Thanks to him, we kept fighting and kept the will to do good things. I think Bruno was also very motivated by the last week in the Pyrenees. As for Valentin, he is always motivated, even when things are not going well. From this point of view, there really was good momentum in the group. The fighting spirit was there, that’s for sure. Unfortunately, that does not equal a stage victory on the Tour… It is how it is. Now, I’m always trying to look ahead, not behind. I’m more focused on what happens next.

With one month to go until the end of the season, what would be your balance as we speak?

I think it’s my best season at the pro level. I managed to win an iconic stage on the Tour of the Basque Country, on the WorldTour scene. I won in Ardèche against great competition. I got third in a Monument at Liège-Bastogne-Liège. I have achieved results all season, with the exception of Paris-Nice as a crash deprived me of a good overall classification. I was there from my first race until the Olympics, so I have no regrets. For now, I believe that my season has been conducted nicely, from A to Z, whether in terms of training, races, and altitude camps. I also hope, and I believe, that I have met the team’s expectations. If I had to take stock now, I would therefore say that I am rather happy. I was surely disappointed with the Tour but it will not tarnish my entire season. I’d rather have achieved this season and finished eleventh on the Tour, rather than being sixth on the Tour and having done nothing else in the rest of the year.

The last part of the season is now looming. First, what do you expect from the Tour de Luxembourg?

I looked at the stage’s profiles, and it looks very punchy. So it may be good for me if I’m in very good shape, especially with the hilltop finishes. There is also a 28 kilometre-time trial, which doesn’t necessarily suit me. However, it will be a good opportunity to work on the time trial, and I actually like doing it more and more. We will approach the race day by day. In any case, I’ve always been told that the Tour de Luxembourg was a great race, lively and dynamic. I’ll find out, and I hope we’ll have the opportunity to have some fun. We will have a great team at the start, especially with Thibaut Pinot who’s gaining momentum. I think we could have fun and spend some nice days out there in Luxembourg.

How do you feel physically approaching this race?

The races in Eastern France were really hard and energetic. It enabled me to get the race rhythm back, unlike the Bretagne Classic that was contested in a more typical way of racing. In Franche-Comté, I did some short and sharp efforts, which is exactly what I lacked after my break. I feel that my condition is increasing, I hope that it will continue and that I will be able to enjoy some good feelings in Luxembourg.

We are now all used to racing together. We don’t really need to pick up our marks. We know each other very well already. Even though we haven’t raced too much together this year, especially with Thibaut or Seb, it comes naturally. On the other hand, it will be a first time for me with Attila. For the record, I have already raced against him at the Olympics. It will be an opportunity to get to know him better as well.

“I saw that Thibaut did not have any more doubts”

How was reuniting with Thibaut?

It was really hard to see him suffering from back pain for months. So it’s just great to see him race again, and it’s even more pleasant to observe how much he’s enjoying himself on the bike. It also shows that he is far from over and that we’ll need to count on him for a few more years. It was great to be back alongside him. Plus, Thibaut is a racer and likes to “mess things up”. In the last races, we saw we could try some things. I think we had a lot of fun during these three days, all together. I saw that Thibaut did not have any more doubts about his back, that he wanted to move on and that he had only one desire: get back to his true level and raise his arms as soon as possible.

You have the same end-of-season goals. Does him coming back in shape bode well?

It’s promising, of course, especially for the Italian races where it certainly comes down to legs but where it can also become quite tactical. It’s always nice to know that you can potentially have the numbers on your side. With several cards, we can try things, especially on semi-Classics like the Tre Valli Varesine. Then, the Tour of Lombardy will obviously be the main goal. And there too, having the numbers can be an advantage if you use them well.

Are you already talking about these races together?

“I want to be up front again in a Monument”

What goals do you personally set for these Italian Classics?

First, there is Milano-Torino, which has always been successful for me. Then, the Tour of Lombardy obviously makes me dream. I would like to go for the best possible results, and if it’s not me, I hope it will be another rider of the team. If we manage to put one of us on the podium of the Tour of Lombardy, it would already be very, very good. If it were to happen to me, I would secure two podiums on both Monuments of the year made for punchers-climbers. It would be a real success.

Did fighting for the win in Liège change something for you?

The real turning point was on the Vuelta last year. From the start of the season, I raced against the best in the world, and I have always been up there with them. Among the riders I fought against in Liège, some were already there on the Tour des Alpes Maritimes et du Var at the start of the season. I know what I’m capable of. I hope and want to be up front again in a Monument. This prospect brings me a lot of motivation and desire. I want to work for it and do my best to get this opportunity again.

A few years ago, you came on the Italian Classics as a lieutenant for Thibaut. How will the roles be decided this time around?

Everything will depend on the shape of the day. But anyway, it always went well with Thibaut. If one feels better than the other on a particular day, we’ll go for him without a problem. Even if someone else feels good, we’ll give him his chance. This will go naturally depending on everyone’s legs on the day. If one of us feels like he’s in a super good day, he’ll get the whole support from the team. 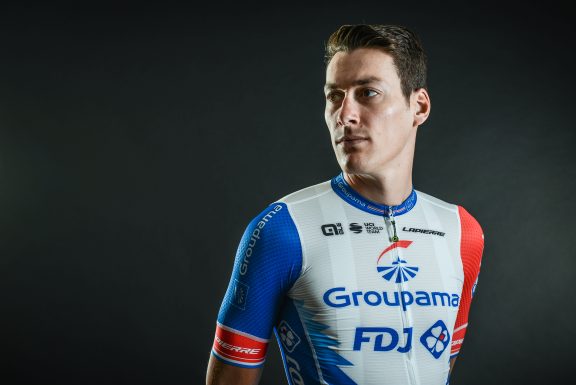 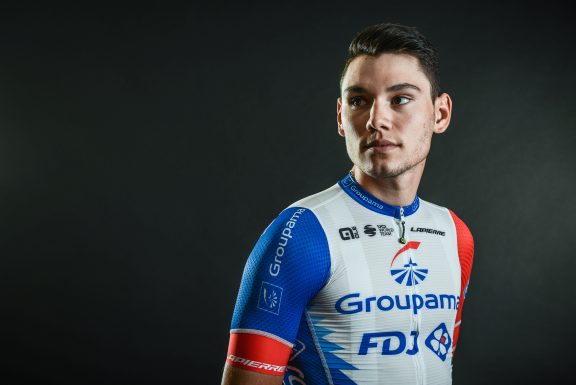 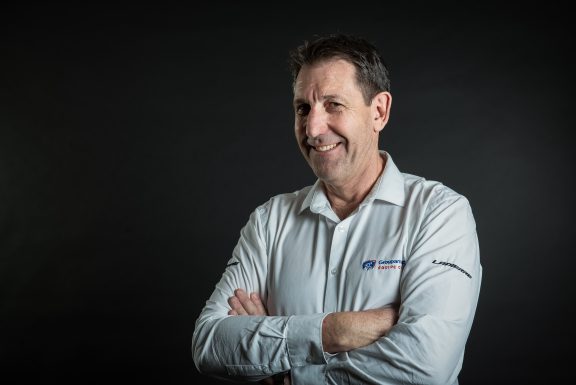