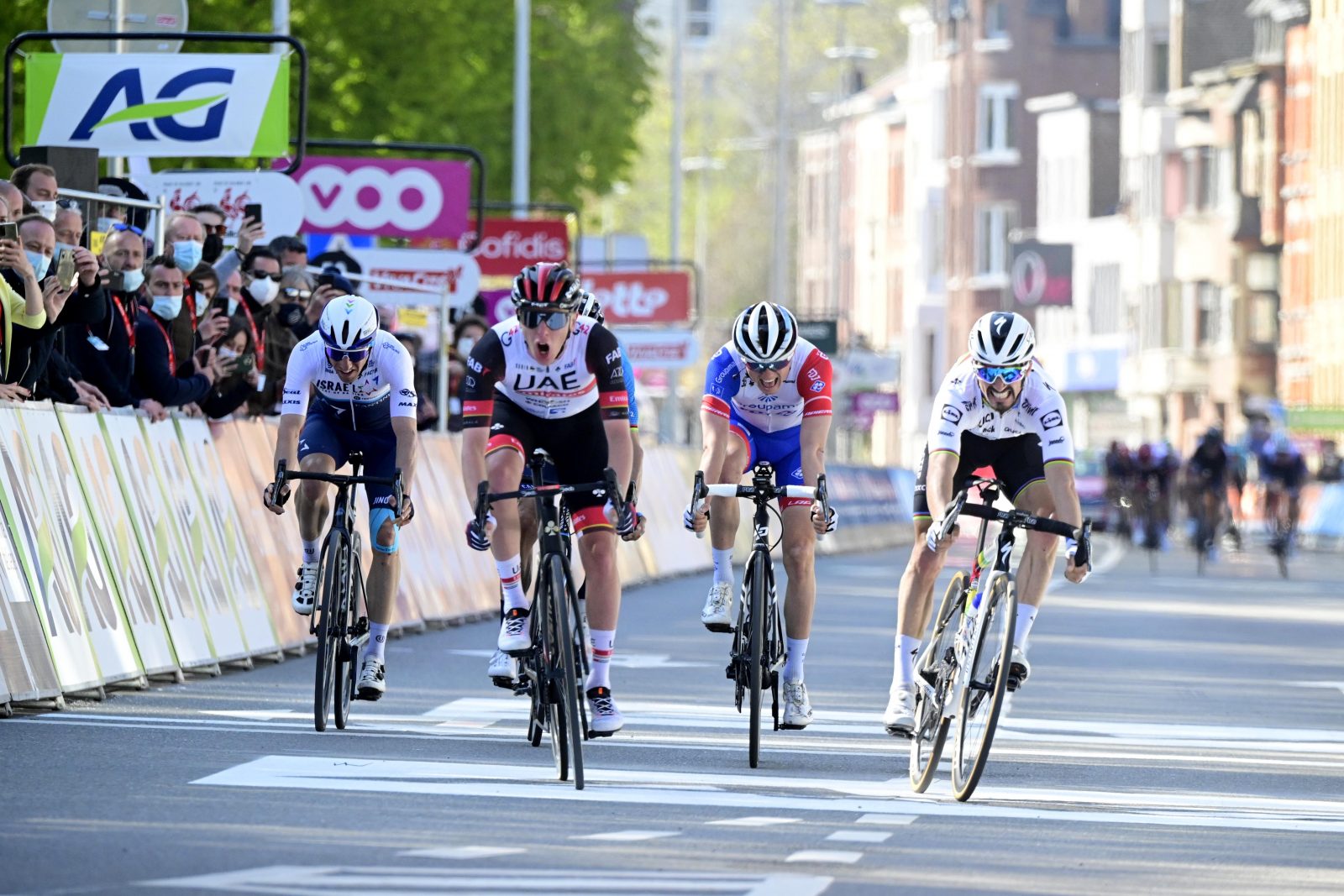 This Sunday, April 25, David Gaudu added a significant line both to his personal record and to the Groupama-FDJ’s one. At 24, the Frenchman indeed climbed on the podium of a cycling’s Monument for the very first time of his career, taking third place in Liège-Bastogne-Liège after proving one of the strongest in the final part of the race. This result certainly gives hope for the future but is also the first ever podium on the race for the team.

“Either I would make it, or I would blow the engine up,” David Gaudu

On Sunday morning, around 10am, David Gaudu left Liège with a simple objective to tell but a more difficult one to achieve: to improve his sixth place from 2019. His great condition could certainly lead him to such a result, but everything had to come right on D-Day to actually make it happen. At first, while a breakaway of seven riders took up to ten minutes on the bunch, the young man could count on his teammates to protect him, especially approaching the serious hills after 150 kilometers of racing. “William, Lada and Romain did a very, very great job until the bottom of La Redoute,” said Franck Pineau. “Up until then, the race was a bit blocked because of the headwind and the few attacks that occurred did not prove successful.” Right into La Redoute, however, with about 35k to go, the race really started. “Usually, we climb La Redoute quite fast, but today, the peloton literally exploded into a thousand pieces,” explained Franck. “Ineos climbed it as if the finish was at the top. We weren’t expecting that too much. Only David was able to follow. Rudy and Valentin could not show their real value today. Valentin was slowed down by a crash and Rudy was a bit far starting the climb”.

At the top of La Redoute, around ten riders made a small gap but around thirty guys including David Gaudu managed to bridge across a few minutes later. Therefore, as initially expected, the decisive fight was set to happen in the last climb with 14k to go. At the bottom of La Roche-aux-Faucons, the Groupama-FDJ’s leader actually made a good effort to get back to the front of the bunch, in the World Champion’s wheel. “Since this morning, I had this moment in mind,” explained David. “I thought about it all day. I knew I was going to do an all-in on that climb. Then, either I would make it, or I would blow the engine up. The climb was done very fast, I tried to hang on, and I could make it. It was close, but I did it”. After he followed the attack of Michael Woods almost to the top, the Frenchman managed to hold the wheels in the final meters of the climb to give company to four top names: Woods, Alaphilippe, Valverde and Pogacar. “We all cooperated well,” David continued. “Everyone knew they had their own little sprint. I knew I was potentially the slowest on paper, but I still had to work with them. I thought it was better to sprint with four guys than ten”. The leading five entered the last ten kilometers with a lead of fifteen seconds on a rather substantial chasing group, but still managed to consolidate its advantage in the final.

“I’m over the moon”, David Gaudu

At the flamme rouge, the gap grew over twenty seconds, as David was just about to stand on the pedals. “I knew I was the slowest in the group and I was thinking about attacking in the last kilometre,” he said. “However, as soon as I stood on the pedals, I saw that Julian turned around and was ready to jump on me. I changed my mind and then it was too late to try to avoid the sprint.” A sprint of five for a “monumental” success then loomed and the young rider from Groupama-FDJ entered it in third position. “Valverde launched from quite far,” David said. “I saw that I was slowly coming back up, that I could get the podium but I was also starting to have cramps. Fifty meters from the line, I thought of a friend I had made a bet with. He told me he would do seven hours with me if I got a podium in one of the Ardennes Classics, although he barely rides a bike”. And so David Gaudu won the bet. The man from Brittany couldn’t beat Pogacar and Alaphilipe on the line, but managed to outsprint Valverde and Woods to take his very first podium in a cycling Monument. On Sunday afternoon, he was very satisfied with his performance.

“I’m very, very happy with this third place,” he said with a broad smile. “It’s pure happiness to be on the podium behind these two huge champions. I’m over the moon. It’s actually a podium on a Monument, and there are only five of them in the year! For me, it’s even the most beautiful Classic on the calendar”. “I don’t think everyone actually realizes what he did”, added Franck. “Being 3rd in Liège-Bastogne-Liège certainly shows the kind of rider he is! David continues to improve quickly, and to gain maturity. Today he proved it once again. He raced like a big man, because you need to keep your composure when you have to deal with this kind of riders in the final. But in the race, he does not make any mistake, that’s his strength! He is now one of the strongest in the world and people will now have to take him into account. They already looked at him before, but they will now keep a close eye on him”. With this first ever podium in the race for the team, a “successful” 2021 “Ardennes Classics” campaign came to an end on Sunday. This campaign also bodes well for the coming years. “I hope to come back to fight for the win,” said David. “We all have dreams, we don’t know if we can achieve them, but we do everything to make it happen”. 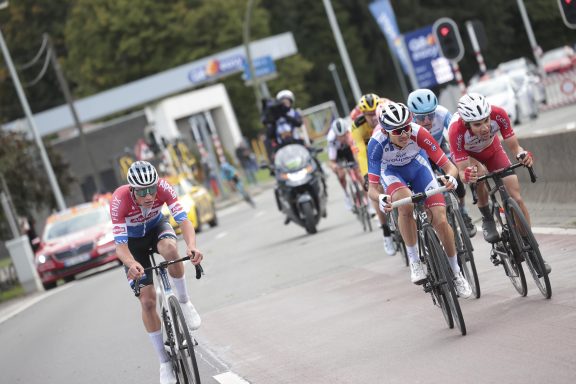