He had perhaps done the hardest part by entering the right breakaway, which established itself after a big fight at the start. However, Bruno Armirail could not complete his day at the front with a result on stage 6 of the Critérium du Dauphiné. Distanced from the leading group in the last climb, the Frenchman was eventually caught by the peloton, which arrived a few seconds after the winner, Valentin Ferron. David Gaudu is eleventh overall on the eve of the mountainous, decisive weekend.

Towards Gap, on Friday, a large part of the bunch was aiming for the same thing: to enter the breakaway. The hilly route clearly gave the fugitives a good chance of success in this sixth day of racing, and unsurprisingly, this led to an extremely lively first hour of racing. “Today, almost everyone in the team had the opportunity to go in the break because we knew that it could be a winning move”, said Thierry Bricaud. “Kevin tried first, the others also followed some moves, and Bruno eventually managed to get into the right group”. It was only after fifty kilometres that the break could go. In the lead, the time trial specialist found himself with Valentin Ferron (TotalEnergies), Warren Barguil (Arkéa-Samsic), Pierre Rolland (B&B Hôtels-KTM), Geoffrey Bouchard (AG2R-Citroën), Andrea Bagioli (Quick Step-Alpha Vinyl) and Victor Lafay (Cofidis). After shaping up in the first climbs of the day, this breakaway was then able to build itself a four-minute advantage following the Col du Rousset. The gap then remained steady in a long valley leading to the last categorized climb of the day. In the long but rolling col de Cabre (9 km at 5%), located fifty kilometres from the line, Bruno Armirail was left behind in the break.

“When you’re not in a good day, you immediately pay for it”, Thierry Bricaud

“Unfortunately, he was not in a great day”, explained Thierry. “He was not going so bad as he had the legs to be in front, but it was still too difficult to go until the end with these riders. On this type of terrain, you can’t hide, especially since the speed was always high. When you’re not in a good day, you immediately pay for it. Up front, they thought he was bluffing because he was not maybe as generous as usual. But no, he just wasn’t feeling very good.” The 28-year-old rider was then caught by the bunch which, despite a few accelerations, proved unable to get the rest of the break. Valentin Ferron took victory up front while David Gaudu finished in the main bunch thirty-two seconds later. On the eve of the Alpine weekend, the young man sits in eleventh position overall, 2’13 behind the yellow jersey Wout van Aert but only 1’10 from second place. “David was supported by his teammates all day, and he never was in trouble”, added Thierry. “It was a fast day for everyone, but it was quite straightforward for us prior to the weekend that lies ahead. We are happy to get there being already almost in the top-10, and with such little gaps to the other favourites. We will take stock tomorrow, but it could be a nice day”. A nice but tough day. In just over 134 kilometres, the riders will face the slopes of the Col du Galibier, Col de la Croix de Fer and then the Vaujany climb on Saturday. 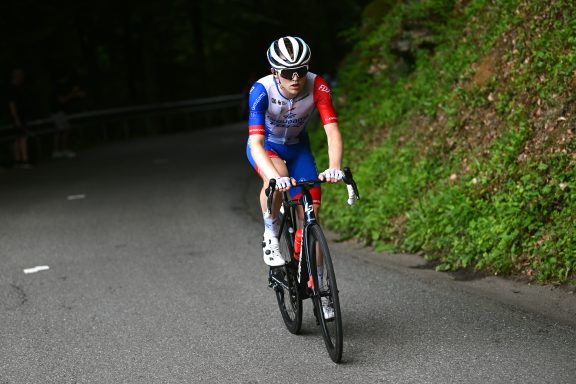 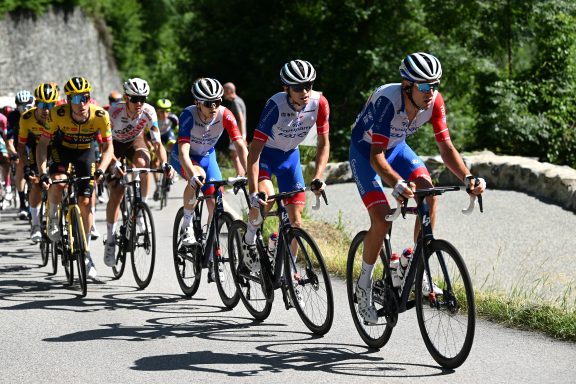 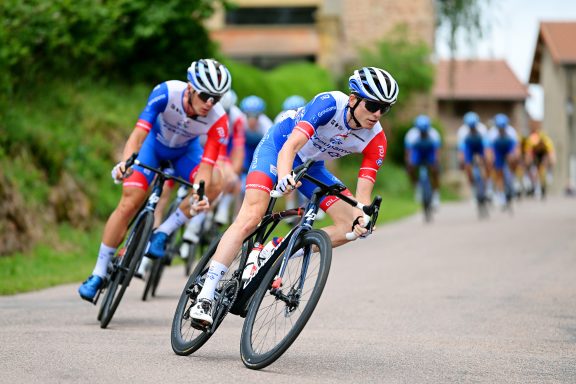