In stage 12 of the Vuelta, the riders not only suffered from the heat, but also quite a lively race that did not really allow any breakaway to take the lead. In Cordoba, a bunch of about 50 riders eventually fought for the win and Magnus Cort took it. Anthony Roux placed 8th on the line after fighting hard in the final climbs to make it to the reduced peloton. Tomorrow’s stage might be another opportunity for Arnaud Démare.

“A crazy pace from start to finish”, Rudy Molard

Since Tuesday, the stages’ starts pretty much look alike on the Vuelta. Like the two previous days, there was therefore a big fight on Thursday in order to enter the right breakaway. The first two hours of racing were covered at an average speed of almost 50 km/h before eight men managed to get a small lead. “It must be the record of this Vuelta”, summarized Anthony Roux. “It took almost a hundred kilometres for the break to establish itself, it was very long! I tried to follow some moves at the start, but soon realized that a few teams wanted to control, and that Trentin and Matthews were interested in the stage win. However, the pace never really dropped. UAE controlled straight away, a minute behind the breakaway, in order to make the less possible efforts later on. It was therefore a fast day, like it has been for a few days now on the Vuelta”. “It was another day with a crazy pace from start to finish,” confirmed Rudy Molard. The eight leaders never got a decent advantage and the gap was still blocked to one minute when they entered the Alto de San Jeronimo, 65 kilometres from the line. “The pace was high enough in the first climb, even if there were not so many riders dropped,” said Anthony Roux. “Then there was a pretty big crash but UAE did not wait as they were already pulling, and it did a bit of damage.”

Twenty kilometres later, the peloton was still reduced by half when starting the final climb of the day, the “Alto del 14%”. “The pace was a lot higher and many more riders got dropped from the back,” continued Anthony Roux. The last riders from the breakaway were soon caught but four men attacked from the peloton, especially Romain Bardet and Giulio Ciccone. Rudy Molard stayed in the wheel of the reduced peloton while Anthony Roux struggled a bit more to do so. “At the start, I didn’t really think about the final sprint,” said the former French champion, “I knew there were some steep slopes in the last two climbs. I still managed to hang on in the second one. I was a bit distanced at the top but managed to return with ten kilometres to go.” He therefore reunited with his teammate. “I heard on the radio that Antho was behind,” Rudy continued. “He’s the fastest among the two of us, so we definitely had to go for him. He was a bit far with 2k to go, so I brought him back up. I dropped him in 10th position more or less. I would have liked to take him even further in the bunch, but we had already made a big effort to come back up”. The leading quartet, meanwhile, was caught at the flamme rouge, and the former stage winner in the Vuelta did his best to get in the mix for the finish. Although he could not compete for the top positions, he still managed to take eighth place.

“Happy with my day”, Anthony Roux

“I got back in the bunch too late and I think that’s what I missed for the sprint,” said Anthony. “I barely had time to recover and the sprint was already there. Rudy brought me back for the last kilometre, but I was too far starting the sprint and I couldn’t do better. I could have if I had gone over the climb with the bunch and had a better position in the sprint. However, I have no regrets because it came down to the legs in the climb. I should have gone faster (smiles). I’m still happy with my day. It’s a very high level Vuelta. Getting eighth place in week two is always nice. Besides that, there are only 40-50 riders in the first group, which shows that my shape is good”. “There were two of us to go for the win, that’s pretty cool,” added Rudy Molard. “We managed to enter the top 10 and we are happy with it today. Cort was really at another level and there were still quite a few fast guys left in the group. We might have been able to do a bit better but Anthony made a good effort to come back and spent some energy there. Anyway, this was a hard stage, typical of the Vuelta”. “We must underline Rudy’s good focus, as he always goes well on such terrain, and also the good performance of Anthony. He fought hard to get to the sprint”, said Thierry Bricaud. “It’s a pity because it was possible to do even better, but the spirit was the right one.”

Without a single doubt, it will be too on Friday, since a mass sprint is likely in Villanueva della Serena after 203 kilometres of racing. In the aftermath of Arnaud Démare’s 30th birthday. “It’s an important day for us because we know there might be a sprint,” concluded Thierry. “There might… because it is not 100% sure. In any case, we will give everything to make sure there is one, then hoping to find the opening to get a good result. Everything needs to be perfect alongside Nono. He also wants to give himself a birthday present, and this is the opportunity”. 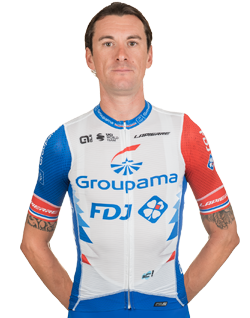 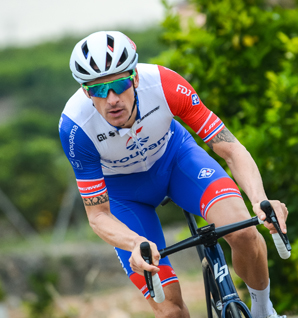 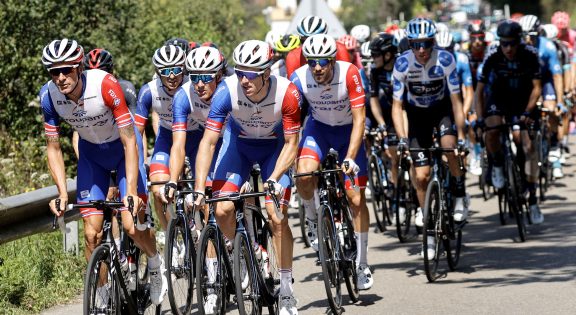 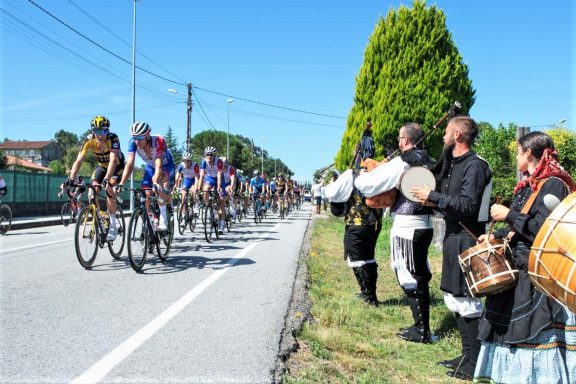