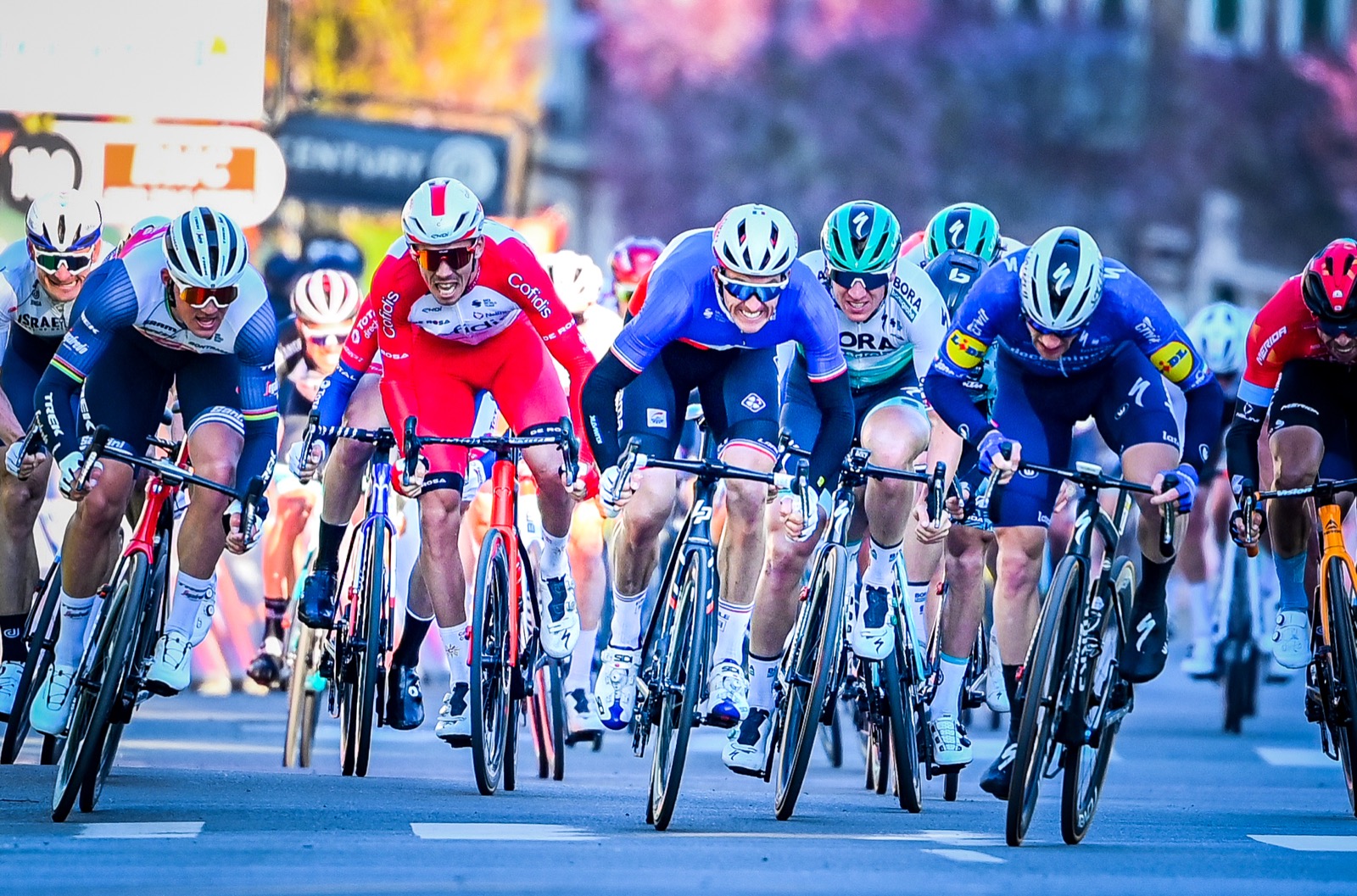 Arnaud Démare sprinted to a quite convincing second place in the opening stage of Paris-Nice on Sunday. In the slightly uphill finish, the French champion enjoyed another fine lead-out from his teammates and only was beaten by Sam Bennett on the line. The Frenchman thus recorded his second podium of the season and gained some confidence ahead of the next days of racing.

“You always have to be careful”, Frédéric Guesdon

Like every year, the “Race to the Sun” opened the season of the European WorldTour stage races on Sunday. Whereas it was shortened last year due to the Covid-19 pandemic, the event got off to a good start for its 2021 edition as the opening stage was set to be contested in great weather. “The first stages of Paris-Nice are never totally quiet,” Frédéric Guesdon said. “You always have to be a little careful of the course. The weather was certainly good, and that was a good thing, but you still had to watch out for crashes. This is what we did well throughout the stage”. While surrounding French champion Arnaud Démare, their man for the final sprint, the Groupama-FDJ sat in front of the peloton for most of the day. “There was only one rider up front (Fabien Doubey, editor’s note), so it was rather easy to handle”, said Démare. “We sent Bruno to pull in front in order to stay in position, and doing so we never left the first 25-30 places. On such a sinuous and difficult course, it was necessary to always be careful. We got the proof of it, as there were some crashes in the back. Therefore, we had the right strategy”.

The leading rider enjoyed a 4’30-lead at best before he could get some company entering the final fifty kilometers. A quartet including Philippe Gilbert bridged across on a slightly hilly part of the race. Bruno Armirail had to take some stronger turns in front of the pack, where other teams joined the chase. Despite a few other attacks after the second intermediate sprint, everything eventually came back together with ten kilometers to go. The expected bunch sprint could not be avoided. “There was a bit of a mess at one point, but we managed to find ourselves again with four kilometers to go,” said Arnaud, led-out by Miles Scotson, Ramon Sinkeldam and Jacopo Guarnieri. “All the guys did their job well ”. Brought until the last 300m, the French sprinter managed to overcome Pascal Ackermann and to contain Mads Pedersen, but Sam Bennett could pass him on the left to get the stage win.

“I had a good feeling in the sprint”, Arnaud Démare

“Maybe I was in front a bit too early,” said Démare, second on the line. “Ackermann cracked a bit, I did not, but Bennett came with overspeed. I wanted to test myself today, and I was quite reassured about my feelings. The last fifty kilometers were fast and the legs were still good. In the sprint, I really felt I was into it, I had a good feeling, I was aggressive. It went well, I’m happy. The guys are doing well and we will have another opportunity tomorrow”. “I think we could not get more today, Bennett was just too fast,” added Frédéric Guesdon. “Anyway, Arnaud is reassured. He hasn’t done a lot of sprints this year and we know he always needs a few to get going. It’s a good sign. He was able to deliver a good sprint after good work from his teammates. Of course, we would rather win, but we can’t complain either. Even if we missed the victory, it was still a pretty good day overall.”

A team’s leader for the GC, David Gaudu also enjoyed a good stage on Sunday. “He is very happy with his first day”, added Frédéric. “Everything went well. For him, the goal is not to lose time on these first days and to get to the bottom of the first major climbs with no gap to his GC opponents. From this point of view, we are on track”. In this opening stage, the only bad news came with the crash of Miles Scotson just after his final turn at the flamme rouge. “It’s a bit unfortunate,” Frédéric concluded, “especially since it’s not his fault. That being said, he looks fine.” The Australian eventually got away with it with some bruises. He will therefore be able to take the start on Monday towards Amily, where a second sprint finish is expected. 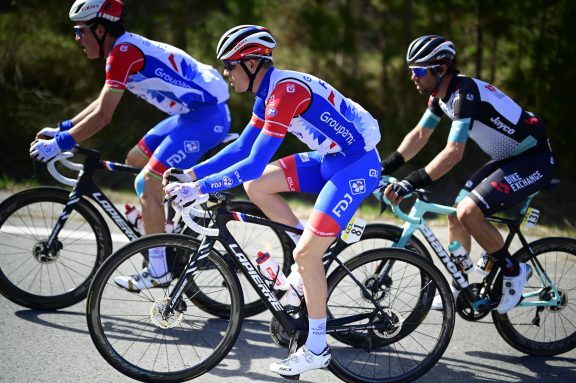 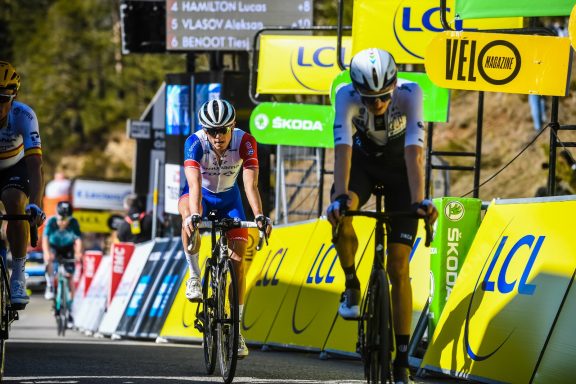 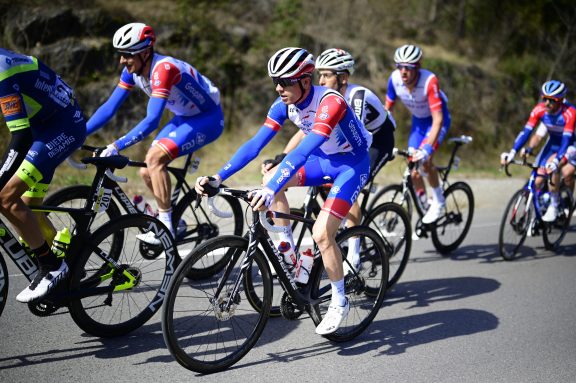