The Groupama-FDJ cycling team not only experienced but rode an exceptional “Monument” on Sunday, on the legendary roads of the Tour of Flanders. With another strong team display, Stefan Küng and his mates never were caught out. Quite the contrary. When the decision was made, Valentin Madouas was even the only one to follow Pogacar and Van der Poel’s wheel. The Frenchman then got distanced into a chasing group, but he returned at the last minute in the home stretch to fight for victory! After a strong sprint, he eventually snatched an exceptional podium on the Ronde van Vlaanderen as Stefan Küng completed the team’s marvelous day with fifth place. The Flemish Classics campaign ended on a high.

As the snow of the previous days disappeared, everything was settled for the Flemish cycling’ holy day to take place in the best conditions, from Antwerp to Oudenaarde. Over more than 272 kilometres, no less than eighteen bergs and seven cobblestones’ sections awaited the peloton in the second Monument of the season: the Tour of Flanders. It all started at 10:22 a.m., and it took about ten minutes to see the day’s breakaway, made up of nine riders, emerge. Their advantage quickly reached four minutes while Groupama-FDJ was already showing their ambitions in the back, always staying in good position. After 130 kilometres without any real obstacle, the real business started with the first time up the Oude Kwaremont. From then on, the bergs followed one after the other and the tension only intensified as the race went on. In fact, many crashes occurred even before entering the last hundred kilometres. The first major attack was eventually launched in the Berendries, just 90k from the end. Many outsiders decided to anticipate, such as Alberto Bettiol, Mads Pedersen or Zdenek Stybar, but Olivier Le Gac was focused. “We were always very offensive and following the moves, first with Olivier, then with Kevin”, said Frédéric Guesdon. “We said at the briefing yesterday that we had to be in all the attacks, as we had proven in the other races that we had a strong team”, added Stefan Küng. “I told the guys that we should never be in a situation where we needed to ride. Olivier followed, Kevin too, and it is also thanks to the others who positioned us at the strategic points every single time”.

“I really believed I could make it”, Valentin Madouas

About sixty kilometres from the finish, the Luxembourg champion joined Olivier Le Gac in a strong chasing group, while some teams had to pull at the front of the peloton approaching the second climb up to the Oude Kwaremont. This is where the race really changed. The morning break was caught, and everything actually came together after a lightning attack from Tadej Pogacar. The bunch was shattered and about thirty men went away. Stefan Küng, Kevin Geniets, Olivier Le Gac and Valentin Madouas were among them. After the Paterberg, two riders took a gap, but the mighty Koppenberg soon appeared in front of the riders. On its cobbled slopes, Valentin Madouas made quite an impression. “When I saw that he was in a good position at the bottom, I was confident”, said Frédéric. “For him, the hardest part was almost done. He then proved that he was able to follow the best if he was placed. Given what he showed in the past week and even before, it was not so much of a surprise to see him follow Pogacar and van der Poel”. Together with the Dutch and the Slovenian superstars, the young man from Brittany went on to join the head of the race. “It was perfect for us because we only had to cover the attacks”, said Stefan. “We had the numbers in the final!” “It was the ideal situation”, confirmed Frédéric. “One after the other, they followed the moves in the chasing group”. With about thirty kilometres to go, the gap of the leading five was more than a minute, and Valentin Madouas could surely hope for a great performance at the end. In the back, Stefan Küng broke away from the chase a few minutes later with two riders. “I had really good legs and they were still a minute ahead, so I wanted to try something,” he said.

All of them eventually showed up at the bottom of the Oude Kwaremont for the third and last time with 17k to go. In the lead, Pogacar immediately put the hammer down with Van der Poel following. Valentin Madouas held on for a few hundred metres but was eventually forced to let the duo go away. “Unfortunately, I didn’t have enough legs to follow them,” said the young man. “It comes down to details. I probably left too much energy elsewhere during the day”. However, the Frenchman still found himself in the chase with Dylan Van Baarle while Stefan Küng was a bit behind with Dylan Teuns and Fred Wright. After the Paterberg, the last hill of the day, all three groups were thirty seconds away from one another. “Since the first two had a big lead, I stopped riding with the Bahrain riders because we couldn’t risk finishing fourth and fifth,” explained Stefan. The gaps were initially more or less maintained in the last ten kilometres, but they narrowed significantly in the last two kilometres. In the lead, Mathieu van der Poel and Tadej Pogacar looked at each other for a very long time as the final sprint approached, which made it possible for Valentin Madouas and Dylan van Baarle to return at the very last minute! “We know for sure that there is a “cat and mouse” game when a victory on a Monument is at stake”, claimed the Frenchman. “This is why we always thought that winning was possible. Given the speed I had when I came back, I really believed for a moment that I could make it, but the legs spoke and they told me to sit down”. He eventually took an amazing third place after being in the mix for victory.

“A reward for two decades of work”, Frédéric Guesdon

“It is already outstanding to be on the podium on a Monument”, he said. “This is the first time I manage to be at this level, and I hope to be there again in the coming years. There is no victory, but it is an amazing day, one of my most beautiful ones on the bike. I think I’m just beaten by stronger riders. When you make it to the podium, you surely want to come back for victory, and we still need to give Jacky Durand a successor (smiles)”. By the way, thanks to Valentin Madouas, the Groupama-FDJ organization now has at least one podium on all five Monuments. “This race is just like our entire campaign,” said Frédéric. “We were up there as a team in all the races we took part in. Today is the apotheosis on the Tour of Flanders with two riders in the top five and a very strong team once again. It really is a great day, and a great week overall. We have been working for these Flemish Classics for a long time. It is a reward for two decades of work by the team, and ten years as far as I’m concerned. Until then, we had had a little trouble and we had often gone through it. Today, our race and the result at the finish mean a lot to us.” Group captain’s Stefan Küng concluded on the same vibe after taking his best ever result on the Ronde (5th): “I already felt a really positive momentum throughout the whole Classics’ campaign, but everyone was even a step higher today. Four years ago, when things were not going well, we said we would come back stronger. Today, I have to say ‘’hats off’’. I am very happy with the team, and we must now keep going like this”. 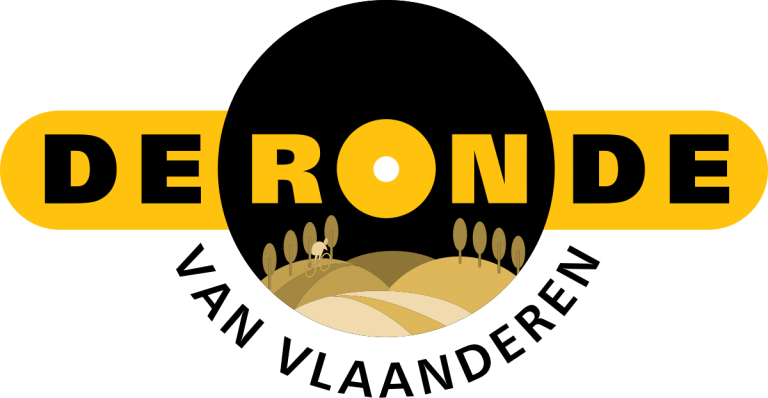 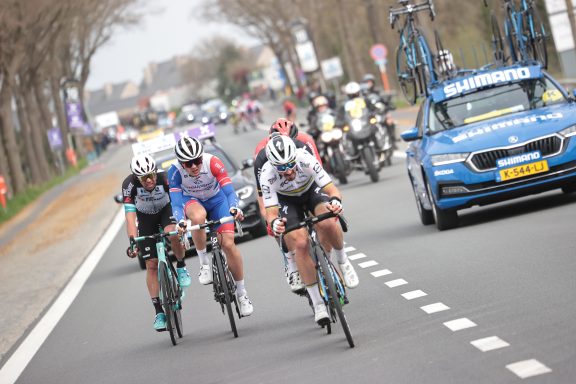 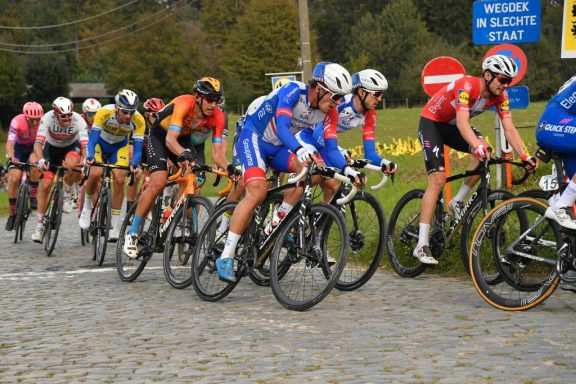