The 2022 Tour de Romandie came to an end on Sunday afternoon after an uphill time trial between Aigle and Villars. Over the fifteen kilometres of the route, including ten of climbing, Thibaut Pinot put on a very good performance to close his week of racing. The French climber thus took sixth place on the stage, moving up to thirteenth place in the general classification that was won by Aleksandr Vlasov. On this last day of racing, Sébastien Reichenbach slipped to fifteenth place overall.

“It gives me a lot of motivation“, Thibaut Pinot

A second summit finish in a row was on the menu of the Tour de Romandie, this Sunday, as a closing stage. This time, however, the riders had to reach it one after the other, after fifteen kilometres of racing, including ten uphill averaging 8%, towards Villars. This time trial was supposed to establish the final general classification, but it was also a good test to tackle for Thibaut Pinot. After Anthony Roux, Matteo Badilatti, and Quentin Pacher, but before the two best-placed riders overall, namely Rudy Molard and Sébastien Reichenbach, the rider from Melisey therefore started at 2:22 p.m. A bit less than twenty minutes later, he set the fastest time at the intermediate point, located in the initial part of the climb. At the top, he temporarily got himself in the “hot seat” thanks to a seventeen-second lead. However, his “reign” only lasted a very short time since Steven Kruijswijk beat him for a handful of seconds just a few moments later. In the end, however, only five riders of the field managed to stop the clock faster than the recent stage winner at the Tour of the Alps, who did better than a lot of GC contenders. The stagewin eventually went to Aleksandr Vlasov, who proved 1’07” faster than Thibaut Pinot on Sunday.

“The legs were pretty good, I gave everything, and I have no regrets”, he said at first. “It was also important to get some confidence back in the time trial. Besides, climbing time trialsare quite rare, so it was a good opportunity to see where I stood compared to the others. I’m satisfied with my day. It wasa long time since I performed that well on a time trial. I improved as the race progressed. The beginning of the week was quite long for me, I was really thinking about this weekend. Yesterday, I was quite confident on the mountain stage. I just would have liked it to be harder to see what I would have been able to do. Today, the time trial confirms that I am in good shape. It’s great to end this first part of the season like this. It’s positive going forwards, and it gives a lot of motivation to prepare for the rest of the season”. Thanks to his fine performance, Thibaut Pinot climbed to thirteenth place overall. He therefore finished ahead of his teammate Sébastien Reichenbach (15th), who could not match the best on Sunday. “It was a very violent effort, I felt good, and I did what I could”, said the local man. “I’m not disappointed, I did what I planned to do all along. I think I am where I belong, and there are specialists for this kind of effort. Overall, I think I had a good Tour de Romandie, I was able to enjoy it”.

“Thibaut is gradually getting closer to his best level”, Philippe Mauduit

Leader of the team classification on Saturday evening, Groupama-FDJ eventually slipped to third position at the end of the weekend. Unfortunately, they don’t leave Switzerland with a top-10 overall or a stage victory either. “We were hoping for a little better for Seb and Rudy today, but we also know that both of them raced a lot lately,” said Philippe Mauduit. “It was the last race of their first part of the season. Now, it’s time to take some rest. For Thibaut, this is rather promising. More than anything, we can see that he’s consistent in terms of performance level. He is gradually getting closer to his best level. It is a good lesson from this week. His progression keeps on going. Some might say that the Tour des Alpes was not WorldTour, but the Tour de Romandie is. Being able to finish three seconds off the 4thplace in a time trial like this shows a very good level. Not everything translates into great results yet, but we see in what he does things that don’t lie. Overall, it is a mixed week, with some good and less good things. The guys expected a more difficult race, that’s true. So did we, to be honest. They would have done better in that case, but that should not be an excuse. We must do better!” 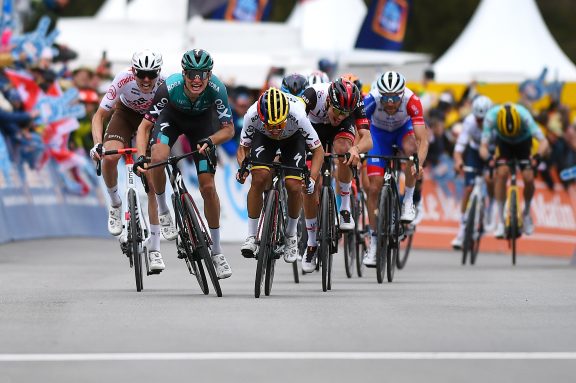 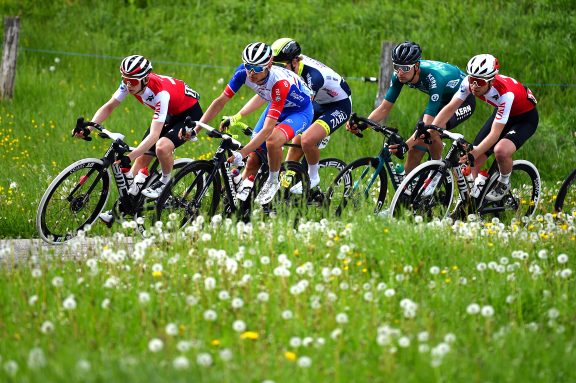 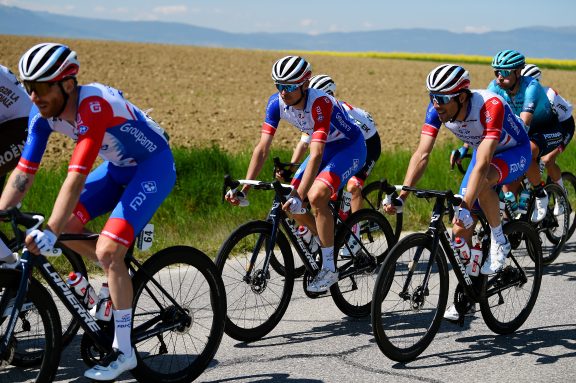