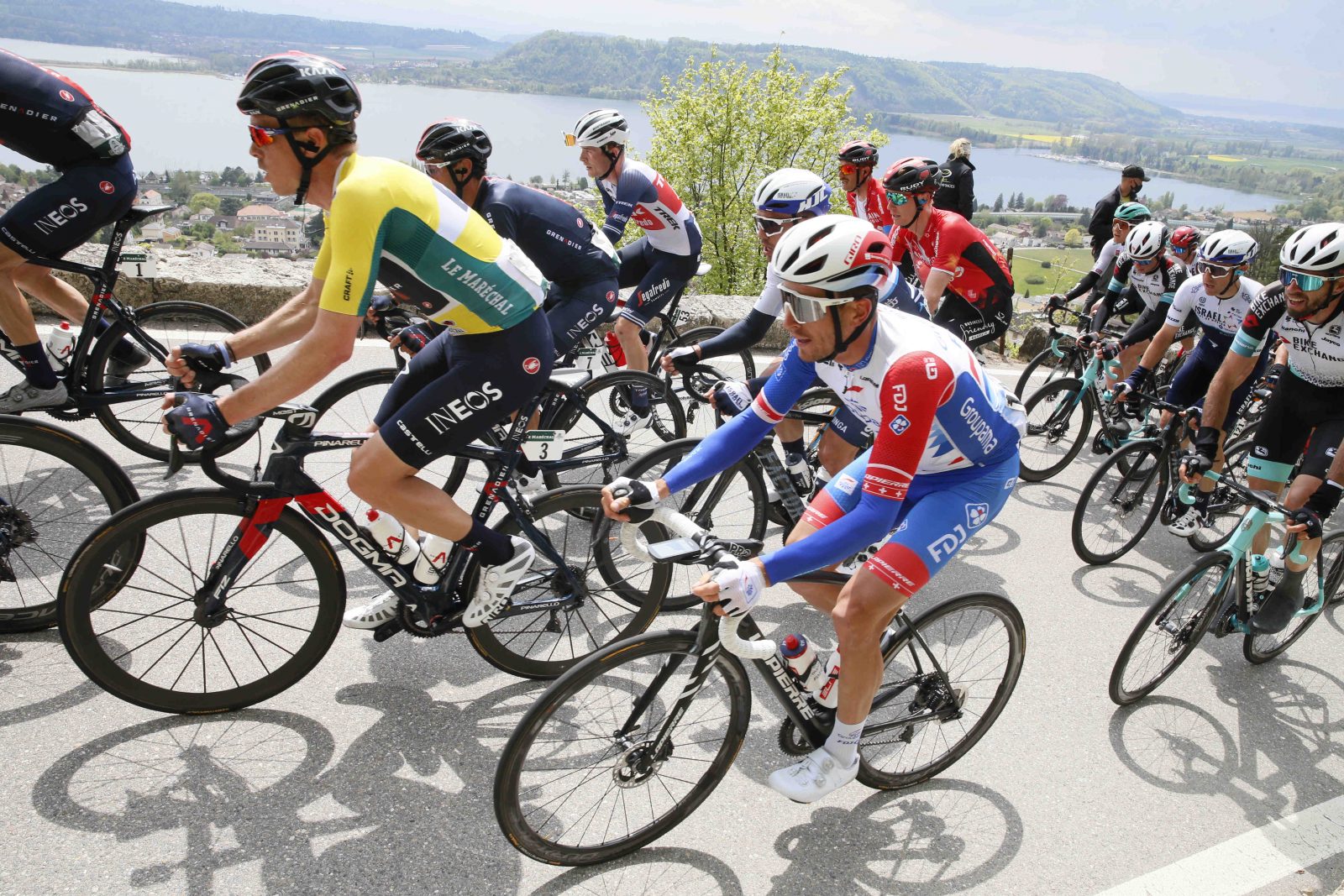 At the end of a very hilly Stage 2 of the Tour de Romandie, contested in the Swiss Jura, only thirty riders or so contested the victory in Saint-Imier. Groupama-FDJ’s Swiss climbers, Sébastien Reichenbach and Matteo Badilatti, managed to stay in the right peloton and could already test themselves ahead of the queen stage planned on Saturday.

“There was a high pace all day”, Yvon Madiot

On Thursday, the breakaway looked way more coveted than yesterday on the Tour de Romandie. The fight therefore lasted longer at the start of the stage, and the good move actually went only when they hit the first climb of the day. Antwan Tolhoek (Jumbo-Visma), Jonathan Caicedo (EF Education-Nippo), Chris Hamilton (Team DSM), Davide Villella (Movistar), Rein Taaramae (Intermarché-Wanty Gobert) and Hermann Pernsteiner (Bahrain-Victorious) were able to make a gap. However, Ineos limited this same gap to 2’30 at best throughout the day’s route. “The stage was done at a ‘juggernaut’ pace,” said Yvon Madiot. “There were strong climbers up front. Ineos therefore set a good tempo in order to not give them too much scope. The riders told me that there was a high pace all day, and that it hurt. Moreover, they also experienced some showers along the way.” As expected, it was however the last climb of the day to La Vue-des-Alpes (7.8 km at 6.7%) that proved to be the decisive point of the stage. In the second half of the hill, Sébastien Reichenbach followed a move with Sepp Kuss and Michael Woods, but the yellow jersey Rohan Dennis himself set a big tempo to neutralize the attacks. At the top, the bunch was made up of only thirty-six riders.

“We will try to go for something more”, Matteo Badilatti

“It’s not easy to go away when Ineos sets the pace,” said Yvon. “That being said, we thought there would be even more damage today, with rather 20 than 30 men at the finish. Stefan tried to hold on, he wanted to go over that last climb but he came short in the last two kilometers. He told me that the tempo was a little too high and the climb a little too long for him.” However, Matteo Badilatti and Sébastien Reichenbach succeeded in staying in the first group that fought for the win about fifteen kilometres later. The two Swiss climbers took no risks in the final while Sonny Colbrelli won the sprint. “We needed to go through that stage safely,” said Yvon. “Seb and Matteo were supposed to be in front, they were there, so mission accomplished! It’s good to see them there in front anyway, both are in good shape. This is their returning race, they have only prepared for the Giro, but they already have a good level. It’s promising for Saturday, but even more for the Giro. We are on the right timing”. “It was a nice stage today,” added Matteo. “The team rode very well and we were able to stay in the first group at the end. Seb was really strong when he attacked in the climb. Unfortunately, there was some headwind. We still have some nice stages ahead and we will try to go for something more”.

On Thursday evening, Matteo Badilatti sits 24th overall, 27 seconds behind the leader Rohan Dennis, while Sébastien Reichenbach is 32nd, 31 seconds behind the Australian rider. Before the queen stage on Saturday, another slightly undulating route is looming tomorrow around Estavayer. “This course looks a bit like the first stage,” said Yvon. “It may be the right day for a breakaway. I’m not sure the sprinters will control the race, and with the gaps we witnessed today, Ineos will probably try to let go less dangerous riders”. 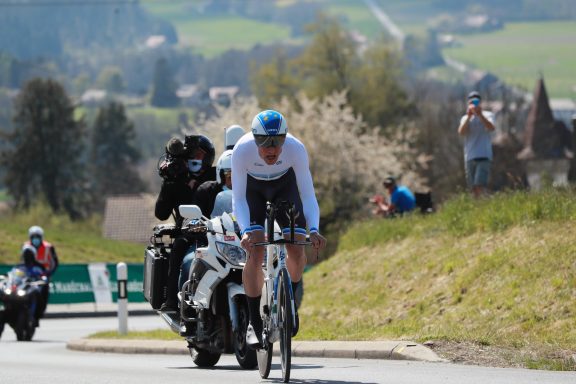 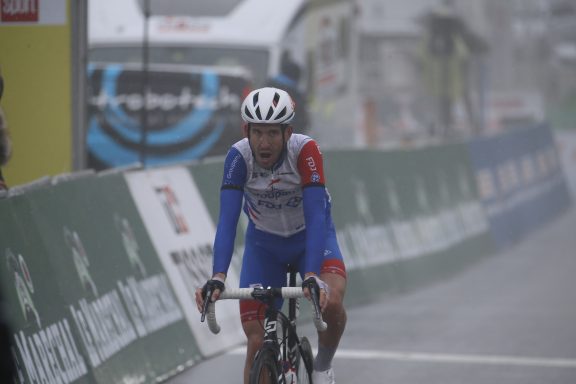 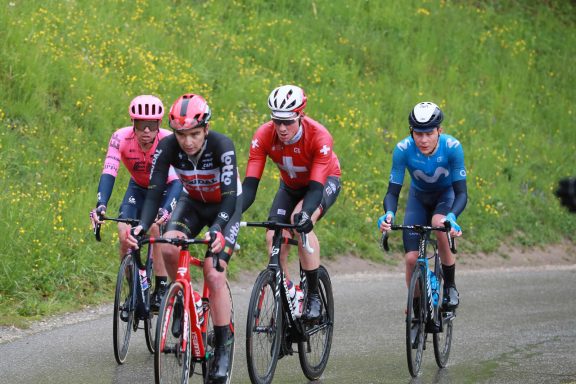