His few tears on the finish said it all. On Wednesday, at the Monasterio de Tentudía, Quentin Pacher came very close to the greatest moment of his cycling career. At the end of stage 17 of Vuelta, after a long breakaway, the French puncher found himself fighting for victory in the very last hundreds of metres. At the top, the 30-year-old gave everything to take the win, but Rigoberto Uran managed to leave him a few metres behind. A heart-breaking second place for the Groupama-FDJ rider, who still achieved his best career result on a Grand Tour, and his fourth top-10 in this Vuelta.

Climbing was back on the program on Wednesday in the Vuelta, with stage 17 through Andalusia and Extremadura that was set to offer another summit finish. However, it all started with a descending part, which made possible an average speed of 54 km/h over the first thirty minutes. Once again, many kilometres were covered before the breakaway could establish itself, which was the case after about an hour of racing. Thirteen men managed to hit the front, including Quentin Pacher. “You had to be very strong to enter the breakaway”, claimed Franck Pineau. “There was a big fight again for fifty kilometres, and only good riders could make it to the leading group. Quentin spent a lot of energy, as did his teammates who attacked one after the other at the start. Eventually, it was even Quentin who created the day’s breakaway. It shows how much he wanted to be there. He had also announced at the briefing that he really wanted to do something today because he felt good. He met the expectations” In the lead, the Frenchman found himself together with Fred Wright, Gino Mäder (Bahrain Victorious), Alessandro De Marchi (Israel Premier Tech), Elie Gesbert, Simon Guglielmi (Arkéa Samsic), Clément Champoussin, Bob Jungels (AG2R Citroën) , Jesus Herrada (Cofidis), Rigoberto Uran (EF Education-EasyPost) Lawson Craddock (BikeExchange-Jayco), Kenny Elissonde (Trek-Segafredo) and Marc Soler (UAE Team Emirates).

“I really believed in it”, Quentin Pacher

The peloton first kept them at around four minutes, before easing off the pace at the halfway point. With a nearly seven-minute lead approaching the last climb towards the Monasterio de Tentudía, the breakaway could then surely fight for the win. “Quentin did his part of work just like the others, as each one gave his turns”, explained Franck. “Then, we wanted him to take a step ahead compared to guys who are better climbers than him, like Uran or Soler. Ideally, we would have liked him to go with 2-3 riders and have a small gap starting the climb”. The 30-year-old did try to follow a first move from Lawson Craddock, about twenty kilometres from the finish, but it was the second acceleration from the American that paid off. The latter was therefore able to begin the final climb (9.4 km at 5.2%), interspersed with a descent, with a thirty-second lead. In the chasing group, various accelerations occurred, but the real fight started in the second part of the climb. “There were many attacks in the last five kilometres, and Quentin preferred to manage his effort. He rode smartly,” explained Franck. Despite being slightly distanced after each attack, the Groupama-FDJ rider nevertheless remained in the mix, a few meters from Uran, Herrada, Soler, Craddock or Champoussin. Better, when some cracked approaching the summit, he managed to stay not far away from the Uran-Herrada duo that made a gap to fight for the win. “It was a big fight on the final climb, with a lot of acceleration and changes of pace”, said Quentin. “I held on like never before”.

So much so that the French puncher could still aim for the win in the very last kilometres. “When I saw at 200 meters that victory was just in front, I still believed a little bit,” he said. “I made my effort late to try to come back, because at the top of a ten-kilometre climb, you can quickly sit down if you launch too early. You need to be in the right timing. I was not far from it, and I just finished in Uran’s wheels. There’s just one guy who was stronger than me today.” Despite a strong final sprint, which allowed him to drop Soler, then Herrada, Quentin Pacher was therefore unable to close the last five meters which separated him from Rigoberto Uran on the line. “It’s frustrating because I had great legs, I really believed in it, and it was very close”, he said after wiping away a few tears at the finish. “I think it was my best opportunity today, but the legs are good. It’s probably my best performance in a Grand Tour, at least it is something…” “We have to remember that he has come a long way”, recalled Franck. “He fell ill at the end of the first week. Being able to recover on a Grand Tour and to get back to his best level shows that he’s doing very well. Out of the thirteen riders in the breakaway, more than half had won stages on the Grand Tours. That means something. He is above all a puncher, but you also needed to be a climber today and he managed to stand out. We are not going to spit on a second place, but it is obviously frustrating. He is beaten by Uran, who is not just anyone, but I’ll remain convinced that he had the legs to win. Anyway, he will gain confidence and continue to get better and better. We are very close, but very close is not winning”.

On Wednesday, Thibaut Pinot also followed the favorites to the top to take sixth place among the contenders for the general classification. “It gives confidence, but I know that I am not going too bad”, said the French climber. “I just lack a bit of luck to get into the breakaways. There are three days left and we will try. Quentin was close today. That’s a shame. We said we were coming here to go in breakaways and fight for victory. We have a lot of good placings, but we are still missing this victory, and we will try to get it”. Another opportunity will arise tomorrow towards the Alto del Piornal summit finish. “We have no choice”, concluded Franck. “We do everything we can to succeed. Our approach is positive, we fight every day, and our guys want to play. We have three complicated days left, but it is also certainly where we can shine best. We proved it today. We must continue like this, because that is the only way we will succeed”. 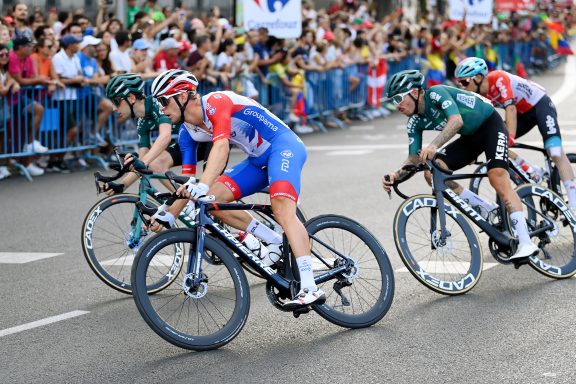 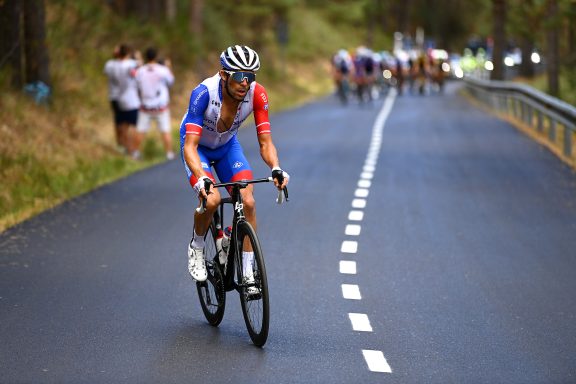 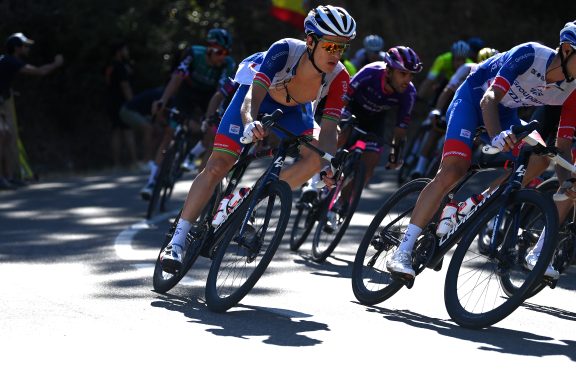