Almost two weeks prior to the long-awaited second part of the 2020 cycling season, the Groupama-FDJ cycling team is this week scattering in three groups across the Alps for a final preparation training camp. Each of the team’s three coaches (Julien Pinot, David Han and Anthony Bouillod) tells us more about the training camp he’s responsible for.

We will be in Morzine, which is the gateway to the Northern Alps. This is also quite a central location for all the riders in my group in terms of travelling. Also, we had the desire to work in the mountains with courses that can include a lot of elevation gain. This place lends itself pretty well, knowing that we are entering a much more specific preparation period. Working in the mountains naturally increases the difficulty of the sessions.

Usually, in January, although we enter into specific preparations to get ready for the races resumption, we do not aim to bring the riders to their optimal shape, because the season is quite long and the goals are further away. In the current case, however, the objectives will be here before you know it. The races will likely be very fast, all the riders will be ready and will have benefited from good conditions of training. Which is not necessarily the case in January. The emphasis on preparation will therefore be all the more important in order to be ready for the resumption, because everyone else will be. You really have to be in very good shape to chase wins, which is also what we usually want to do at the start of the season without being at 100% though.

The goal will be to work as close as possible, intensity-wise, to what we will see in competition. We will therefore put the riders in a race situation. The training camp’s purpose is also to bring the riders together so that they can work and stimulate themselves collectively, because we know that a rider does not necessarily stimulate himself as much when he’s alone than when he’s with others. We can therefore use the group to simulate intensities very close to those of the races. My group is quite heterogeneous but there is nevertheless a common thread that will concern most of my riders: riding Classics like the Strade Bianche, the Giro di Lombardia or Milano-Sanremo. We will therefore work in order to get them ready for these events. We will gradually increase the workload, even if those who will race the Strade Bianche will not necessarily need as much volume as those who will do Sanremo. In terms of intensities, we have set similar themes for all riders. Then, within these themes, we’ll be able to implement variants. For our Maximum Aerobic Power session for example, the exercises may vary according to the rider’s program and goals. We will individualize plans when needed. Our camp will last seven days but Romain [Seigle] will only stay for five since he’s due to do Burgos. This will give him enough time to recover. Some will also be affected by virtual races on Zwift, such as Romain, Léo and Bruno. These elements mean that we will also have to adapt daily for seven days depending on every case.

We chose to go to Le Grand-Bornand. It will be especially easier for Arnaud, who comes from of a personal training camp at La Clusaz, to join us without too much travelling. Initially, we did not prioritize going to the high mountains, but since they will all have to race a Grand Tour during the year, namely the Giro for Arnaud and his train, it’s also very important to work in the climbs. Especially since once the season will start, they will be very busy and will not have the opportunity to do it. However, there are also great valleys in this area. We can therefore work on the sprint quite easily. It may sometimes be necessary to get over a climb to get back to the hotel, but the sprint theme will still be the most important for this group.

This year, Arnaud was in high altitude, in Sierra Nevada. So it has absolutely nothing to do with the current camp. First, we were testing the altitude, and then, we mainly aimed at long-term benefits, the goals were a little further. There was the UAE Tour, but it was not the main objective. This time, we will very quickly be back in the real action with the Vuelta a Burgos and Milano-Sanremo, a major goal that will come very early. You have to be ready quickly. We therefore enter in the scheme of a pre-season camp, as some may do in January before going to La Marseillaise or Bessèges. Arnaud wants to come back and win straightaway with his group. In terms of intensities, it will then be a step higher than what climbers will do on their side, in particular. This group must be ready at the end of the training camp, whether it would be Arnaud or Marc. They must be competitive and being able to win quite early.

We are used to working on seven-day training camps. We condensed this one into six days in order to offer them kind of a stage race rehearsal. We will have three specific sprint sessions, a motorpacing one, and two other in the climbs to work on threshold and tempo. Knowing that the members of Arnaud’s train have been riding together for three years, their racing habits will come back soon enough. The purpose of this training camp is above all to get them to work at high speed, all together, with a real train around Arnaud. Because when he sprints all alone, behind a scooter, it’s not the same thing. They will therefore be in race simulation. After this, time will pass by very fast for this group. They will only have 5-6 days of recovery at home before leaving for Burgos. It will be the beginning of the succession that we will expect for three months: race – recovery – race – recovery – race – recovery. They will get into this scheme as soon as they will leave the training camp.

Every year, in preparation for the Tour or the Giro, we like to do an itinerant training camp and stay in chalet-type accommodation. It’s friendlier. Due to the current health situation, it was more complicated to implement that this year, especially in July. So we met halfway and will only do this traveling part with the five climbers, over three days, and staying in hotels. We will then all meet in a chalet at La Giettaz, in the Col des Aravis. The goal is to combine a training camp in the Alps’ high mountains, and thus do specific work, but also to recon the routes and finishes that will be used in the coming weeks. This is not a high-altitude training camp. As it got clear we did not want to get into a preparation including a long hypoxic stay with Thibaut, this kind of training camp fitted in quite well. Besides, several riders in the group have already made, or have just left, a personal stay in high-altitude.

In winter, we go to the Teide not only for altitude but also because it is a place where we can do a lot of elevation meters at this time of the year. In July however, it is much simpler, due to the weather, to stay in France to do intense and consistent training camps with elevation gain. The January camp aims to prepare for the races resumption, and this will also partly be the purpose of this camp. We would like this nearly one-week work block to simulate a preparation stage race before the racing restarts. However, we must say one thing. Our group will have a different approach since our goal is not to win the Route d’Occitanie but to be in top shape when the Tour begins. There are seven weeks between the end of the camp and the start of the Tour, nine to the last week of the Tour. Our deadline is still quite far away. In terms of intensity, we will therefore be slightly below the other two camps, where the groups have closer objectives. Obviously, we want to be competitive when we return in Occitanie, but above all, we want a linear build-up from this training camp, Occitanie, Dauphiné and the Tour. The training camp is the first of these four progression steps.

We will first meet with the five climbers in Grenoble. We will recon the Dauphiné’s finish in the Col de Porte, and then the Tour’s one at Villard-de-Lans. The next day, we will go to Méribel through roads that will also be used on the Dauphiné and the Tour, and we’ll also recon the Col de la Loze. On the third day, we will recon other climbs to finally join La Giettaz. The “rouleurs” will be there from the day before already, and the two groups will meet for a first joint training on the 17th. We will therefore be doing recons of the Tour and Dauphiné’s stages as well as six days of hard work in the mountains. Some have already climbed a lot. Thibaut was for instance in the Alps ten days ago. Our purpose is also to reunite with the group of climbers and to give an extra notch in terms of volume and intensity in the climbing work. The goal will be to do a lot of climbs and elevation meters over these six consecutive days. There will be one general theme per session. This is the last big block of work before the resumption. When they’ll return home, there will be less than ten days before the races begin, whether in Occitanie for most of the group, or in the Strade Bianche or the Tour of Poland. 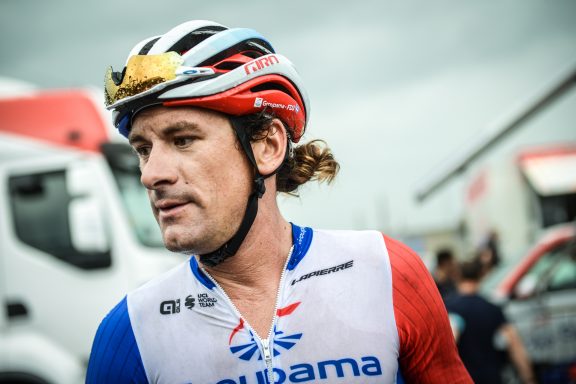 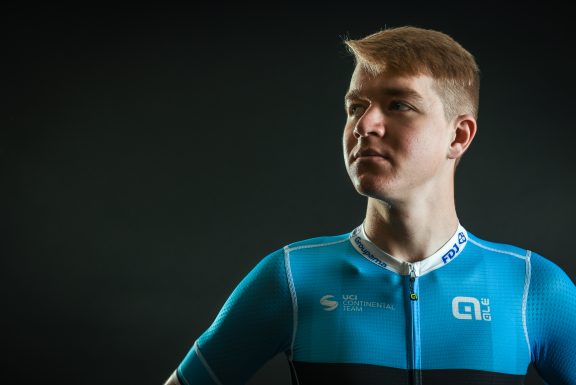 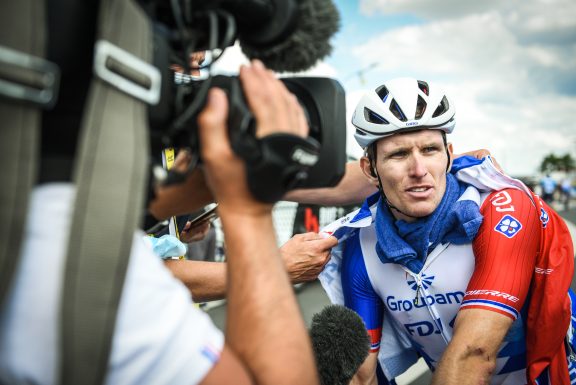