The Groupama-FDJ cycling team opened its Classics campaign in a stellar way on Saturday. On the Omloop Het Nieuwsblad, the first race of the Belgian calendar, Jake Stewart took a wonderful second place in the reduced bunch sprint that occurred after the 200 kilometers of racing. The 21-year-old Englishman netted the best result of his – still very young – career and provided the team his first podium in a cobbled classic since Ghent-Wevelgem in 2018. As a bonus, Kevin Geniets also managed to finish in the top-10.

“I told myself I had to move,” Kevin Geniets

The Classics’ atmosphere was back this morning in Ghent, although the crowd was obviously missing on the Omloop Het Nieuwsblad’s course. While the excitement was high among fans and riders, the first part of the race was still pretty quiet as the day’s breakaway shaped up quite early. Bert De Backer (B&B Hotels p/b KTM), Yevgeniy Fedorov (Astana Premier Tech), Kenny De Ketele (Sport Vlaanderen-Baloise), Ryan Gibbons (UAE-Team Emirates) and Matis Louvel (Arkéa Samsic) got in front and took up to eight minutes before Deceuninck-Quick Step took control. The gap then obviously decreased as the race progressed, but it was only with fifty kilometers to go that things got really serious, as the bunch approached the Wolvenberg. At this point, Groupama-FDJ was still in a good position. It was not so much so at the bottom of the Molenberg a few minutes later, and that’s where the world champion Julian Alaphilippe attacked and made a gap with some other riders. .

“We told the guys to do something because they seemed to cooperate well in front,” said Frédéric Guesdon. “When we heard the names on the radio, we realized there were some big leaders up there,” said Kevin Geniets. “I told myself that I had to move. I attacked with Pidcock and together we were able to close the gap. It was a good thing”. “It was a relief to have someone in front,” even said his sports director. Joining the group with forty kilometers to go, the Luxembourg champion remained with the top names until Alaphilippe broke away solo in the Berendries. However, the chasers worked together and managed to catch him at the bottom of the Muur. So did the bunch, which still included Stefan Küng and Jake Stewart. With the last two climbs to go, the race started from scratch. Gianni Moscon tried to break away in the iconic Flemish climb, but the peloton did not actually split. Neither did it in the last climb of the course. “Stefan tried in the Bosberg,” said Frédéric. “It didn’t work out so our last card was Jake, for the sprint.”

“I keep surprising myself”, Jake Stewart

Due to a headwind in the final, around fifty guys were still in the main peloton heading to the finish as Groupama-FDJ started to gather around its young Briton. “It was full gas from the Wolvenberg until the finish,” said Jake. “It was just about surviving. I struggled in the Muur, but when I got back into the peloton I knew I just had to follow Kevin and Stefan until the finish”. The two national champions then took the lead of the bunch with about two kilometers to go. “Stefan did a big pull,” Kevin said. “I turned around, and we had lost Jake. It was a bit of a mess”. “I got back in Kevin’s wheel a few hundred meters from the finish and he was able to launch me in the wheel of Deceuninck-Quick Step,” added the Englishman. Thanks to a good position entering the last corner and the final straight, Jake Stewart was able to deliver a powerful sprint, which allowed him to take second, just behind Davide Ballerini. “I was coming fast in the end, but it was not enough for the victory”, said the young man, 4th in the Etoile de Bessèges and now a WorldTour’s Classic runner up.

“I keep surprising myself and a lot of people this year,” he added. “Nobody really expected me to be second today. It’s certainly a surprise, but I had a good winter, the team is supporting me really well and we have a great group for the Classics. From that point of view, maybe it’s not that surprising”. “If we had been told this morning that he would be second in the sprint, we would have been happy,” said Frédéric Guesdon. “When we look at the images of the finish, we may have a few small regrets, but we are still very satisfied with this podium. We did a very good race so we deserved it”. Thanks to Kevin Geniets (9th), the team even had another rider in the top 10. “It’s promising to see them at this level,” Frédéric concluded. “The Conti’s purpose is for them to be ready really fast for the WorldTour, and that’s what is happening with these two riders. This is good for us, and this is good for the future”. 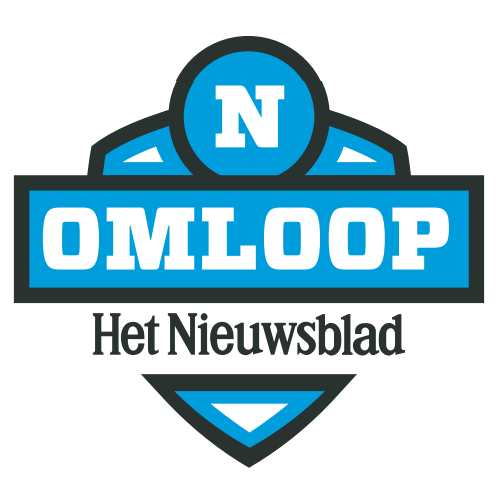 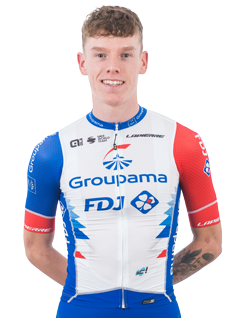 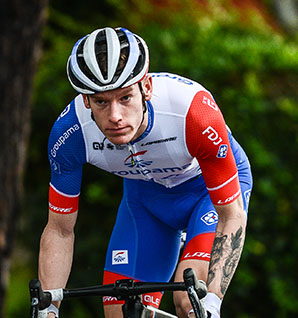 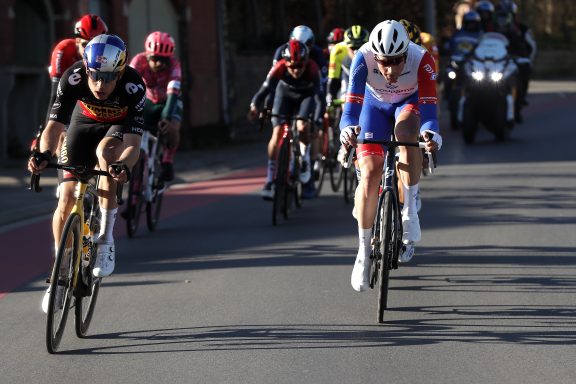 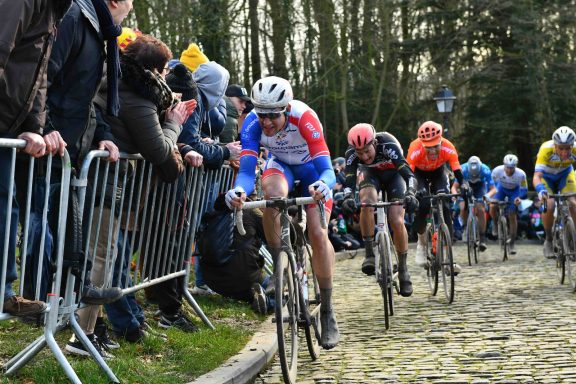