The click did happen in Messina on Wednesday for Arnaud Démare and his teammates. In the aftermath of his first victory of the season, during the Giro, the French did it again on Thursday in Calabria! After yet another great lead-out from his train, he got the better of ALL the sprinters, although victory came down to a few millimetres only. With this prestigious triumph, he now tallies seven stage wins in the Giro d’Italia, making him the most successful Frenchman in the history of the race. Ahead of Bernard Hinault and Jacques Anquetil. He also, and logically, increased his lead in the points classification before a tough few stages.

While crossing the sea from Sicily to Calabria on Wednesday evening, the Groupama-FDJ cycling team certainly felt peaceful and euphoric at the same time. For Arnaud Démare and his closest teammates, the victory in Messina truly came as a relief that was still in the air on Thursday, as they were heading to Palmi for the start of stage 6. “This morning, the atmosphere was super cool and serene,” said Jacopo Guarnieri. The pressure therefore no longer weighed on the shoulders of the French rider and his group, before another stage made for the sprinters towards Scalea. A small climb was certainly on the menu, at the very start of the race, but the day was supposed to be quite straightforward. “Honestly, the course preparation was one of the simplest we’ve had in recent years”, said Sébastien Joly. “In concrete terms, we were almost on the same road for almost 200 kilometres. The wind was a bit in front, and the day was long”. As a consequence, there first was no candidate for the breakaway. Diego Rosa (Eolo-Kometa) eventually did go for it after thirty kilometres and then embarked on an endless solo. In the bunch, Clément Davy positioned himself in the front like the day before to set an easy pace. “Physically, it was obviously different than the last two days”, said the young man, “but we all needed it in the peloton. Mentally, however, it was long”. Slowly, the stage kept on going until Diego Rosa was caught, just under thirty kilometres from the finish.

“A month ago, I might have been second…”, Arnaud Démare

“For 100-120 kilometres, we were kind of asleep, so you then need to find the energy to get back in business”, explained Arnaud Démare. “It actually comes naturally. The adrenaline rises as you see the signs, like 50, 45, 40 kilometres left to go. You can feel the tension of the peloton increasing”. “In the last 20-25 kilometres, it was full on,” added Clément. “You need to be there, mentally and physically. It was really hard for me, and I kept pushing until we reached the last ten kilometres, which was the instruction. We were on the left side of the road, and the wind was coming from the left, so it was difficult to resist”. However, he did manage to do it, before handing over to Tobias Ludvigsson. From then on, the fight for positions never stopped. “There was a strategic place”, pointed out Sébastien. “It was the roundabout with 3.5 kilometres to go. I don’t normally repeat this kind of information twice, but I did, this time. A first time with 30 kilometres to go, and a second time with 15k to go”. The message seemed to be received since Ignatas Konovalovas, then leading the train, came in the lead after this obstacle. The final sprint could then take place with the whole train. Arnaud Démare recalled: “The team did a huge job again; I think everyone saw it on their screen. I couldn’t have asked better. We had great positioning in every strategic area. The whole peloton was fresh, but the guys were able to stay in the front. We then did a great lead-out. Morkov and Cavendish came up with 500m to go, I felt that they were taking the advantage, but I waited a bit in Jacopo’s wheel. I knew Cavendish was going to keep the door closed on the left. So, I had to sprint to the right, and I finally sprinted for barely a hundred metres”.

When he was finally able to really open his sprint, the former French champion gave everything. “It’s not my style to come back like that from behind, but I felt I had the power,” he added. “I just had to find the space and the moment to go. I thought it was going to be really close. I was coming back really fast, I threw the bike next to Ewan, and on the line, I felt I was ahead. However, as long as the photo-finish has not arrived, you can’t be sure”. Unlike the day before, the difference therefore required an in-depth examination of the finish’s pictures. The verdict was announced after two minutes of uncertainty, and it eventually proved favourable to the rider from Beauvais, who was then able to celebrate alongside Jacopo Guarnieri. “As I often say, victory comes down to details”, resumed Arnaud. “A month ago, I might have been second. Today, it went in my favour. It rewards the work of the whole team which once again did a great lead-out train. I’m super happy, it’s awesome.” “Today he waited, he was calm, confident, and I think it switched into ‘on mode’ yesterday”, added Jacopo Guarnieri. “That’s wonderful. He beat the best sprinters in the world. Personally, it is also very special because I had a bittersweet day yesterday. I was super happy for the guys, for Arnaud, for Ramon, but I was disappointed with myself. I’m kind of a proud person, and I wanted to react today. We had a lot of confidence after yesterday, the train was again super strong and I’m very happy to have been able to be a part of it this time. We knew the wheel could keep on turning as soon as we finally moved it. At the start of the Giro, we told ourselves: “Guys, we are strong, we are in good shape, we just need for everything to come together”. Today was just perfect and we can be very happy.”

“It was a textbook sprint”, Sébastien Joly

The first part of the season chapter is now closed for good. “We were not where we needed to be, but everyone also got ill at some points”, said Arnaud. “It did us wrong, even if we must not take that as an excuse. We weren’t where we wanted to be. We all worked well before the Giro, and the lights were green for everyone. We feel that everyone is going strong. The team and the staff also questioned themselves to get even better”. Sébastien Joly, who first heard Caleb Ewan as the winner, eventually exploded with joy in the car, and later delivered his praises. “I would say it was a textbook sprint,” he said. “I told Ramon that given what he did yesterday, he was able to do it again with the whole train. I was very happy to see Kono up there as well. He’s a central piece, but everyone was up to his position”. “It’s a great experience”, said a delighted Clément Davy, currently riding his first Grand Tour. “You shouldn’t get used to it, because you can also go through more difficult times, but it makes me want to get back to it more!” The next bunch sprint may not come until next week. In the meantime, Arnaud Démare has not only increased his gap in the cyclamen jersey to 56 points, but he has also become the most successful French rider on the Giro with seven wins. “It’s huge,” he concluded with a big smile. “As for the cyclamen jersey, let’s not be too enthusiastic. I know it’s not done. I take what is to be taken for now, and I am satisfied for the time being with this superb team victory. I know that a Grand Tour is long. We’re only in the first week. We need to remain humble.” 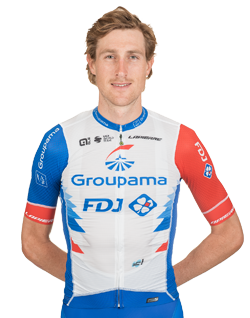 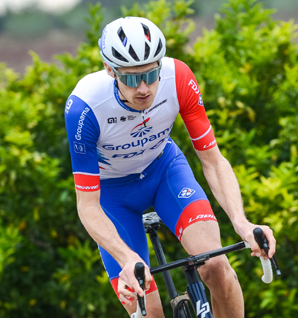 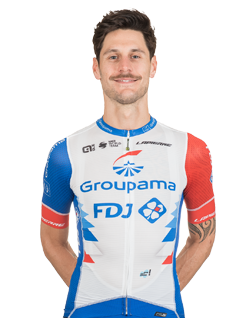 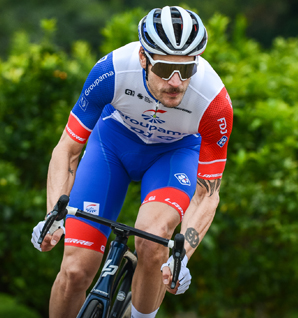 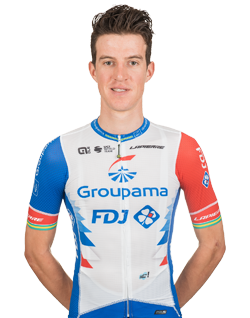 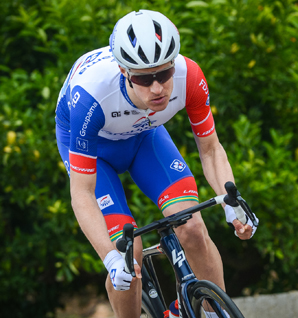 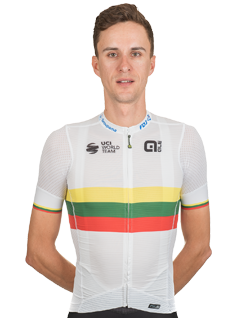 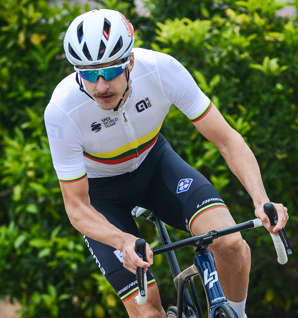 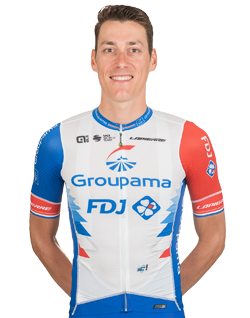 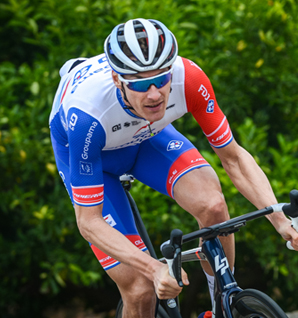 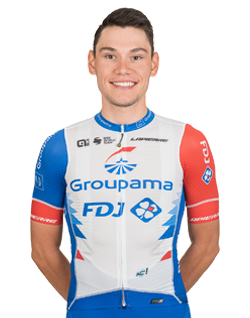 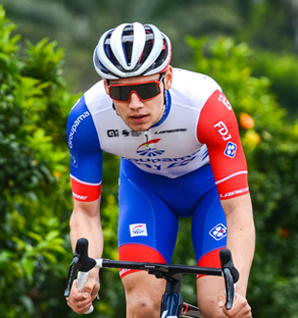