The momentum is on. In the aftermath of his victory in Évron, the French champion won again on Saturday in stage 3 of the Boucles de la Mayenne, whose finish was located in Craon, ten kilometers from the Madiot’s home. After being once againperfectly protected and led-out by his teammates, Arnaud Démare pulled it off with a strong sprint and actually took the leader’s jersey due to a split on the line. A winner for the fifth time this year, bringing the 10th to the team as well, he will therefore start the last stage towards Laval in yellow on Sunday.

“Clément put on quite a performance“, Arnaud Démare

On paper, stage 3 of the Boucles de la Mayenne seemed even more suitable to the sprinters than stage 2, won by Arnaud Démare on Friday. There were certainly four small hills throughout the 182-kilometer route between Saint-Berthevin and Craon, but nothing that could really worry the French champion and his teammates. “It’s never easy to control the race, but for sure the course suited us better and we felt morecomfortable today,” said Frédéric Guesdon. “Having said that, we had to race well in the first part of the stage and not let a big group go. This is what happened as we only let four riderstake the lead. It was therefore easier to control. We also got on well with Uno-X, who had the same interests as us”. Bryan Coquard (B&B Hôtels p/b KTM), Jhonatan Restrepo (Androni Giocattoli-Sidermec), Tobias Bayer (Alpecin-Fenix) and Ludovic Robeet (Bingoal-Pauwels Sauces-WB) got up frontafter about twenty minutes of racing and as they had one man in the break, the leader’s team Alpecin-Fenix did not take on the chase.

It was then up to Clément Davy, on home soil, to come into action. “He pulled almost all day”, insisted Frédéric Guesdon. “As soon as the breakaway had three minutes, he started pushing. He is in good condition and he is super motivated as he’s racing at home. It’s a big plus. Still, the job we ask him is not easy. One has to be able to do it, and so far he has done it really well”. With the support of a few riders, the young man from Mayenne therefore made sure that the breakaway never got more than a 3-minute gap. He then increased the pace in the last hour of racing. When his tank finally was empty, there was only six kilometers left to go and the day’s breakaway was already caught. “On his roads, Clément put on quite a performance,” greeted Arnaud Démare. “The breakaway played a bit with us but we managed everything well and Clément worked for two“. It especially allowed Ignatas Konovalovas to save himself for the day’s final. The Lithuanian was then able to put the train on the right tracks until the last two kilometers. “We absolutely had to be in frontin the corner with 1200m to go,” explained Frédéric. “There was some fight for positions but Miles kicked in and managed to hold until the last 700-800m. Ramon then had to exit thelast corner in the lead to launch Jacopo and Arnaud, and that’s what happened.“ A textbook sprint.

“We have to keep going“, Frédéric Guesdon

Jacopo Guarnieri delivered Arnaud Démare shortly after thelast 200 meters and the French champion could use his power to finish it off. “The road was slightly uphill in the end, it was really not easy,” he said, despite claiming the victory in front of Kristoffer Halvorsen. A winner for the second time in two days, the Frenchman also got an unexpected reward on Saturday with the yellow jersey, as the previous leader lost four seconds on the line. “When we crossed the finish the first time, I thought there might be a split with the slightly uphill road and the turns, so I’m not too surprised,” he said. On the eve of the final stage in Laval, Arnaud Démare therefore took the lead in the overall standings. Everything is going perfectly for him and his group so far. “We are doing our own race, we’re getting our habits back, we’re gaining confidence, and all is going well,” he added. “I’ve won several overall rankings already and here’s another one within my reach, so we’ll do everything to pull it off tomorrow”. “We’re not going to complain about having the yellow jersey, even if we didn’t really expect it,” concluded Frédéric Guesdon. “We don’t have to get the bonus seconds tomorrow. It’s always better to race with a lead than with a delay. We are confident, but we have to keep going”. 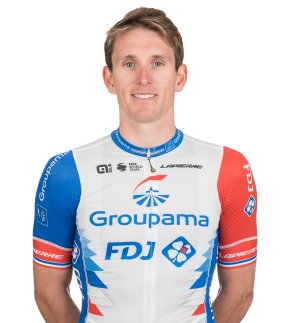 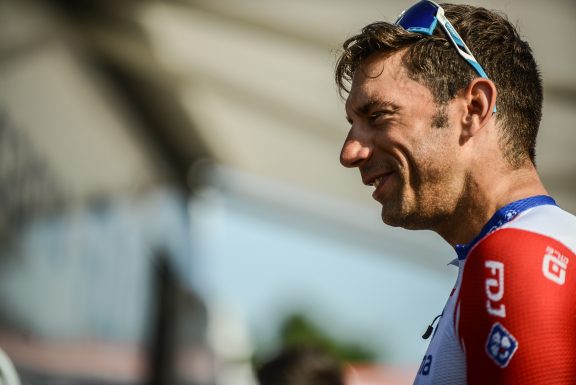 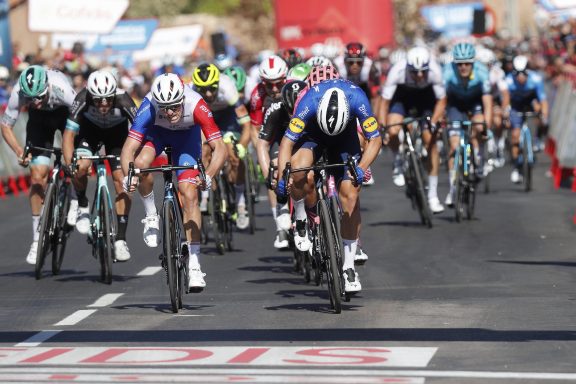 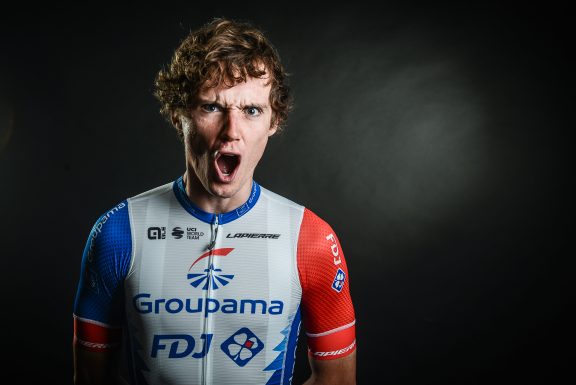