Stage 19 of the Tour de France was supposed to be a “transition” stage. Yet the bunch did not really have time to rest. The fight between the breakaways and the sprinters’ teams led to another fast day, and the few risks of echelons certainly added some tension. Nevertheless, it all ended well for David Gaudu who finished in a very small peloton while Christophe Laporte took victory. The Frenchman therefore remains in fourth place overall before the Rocamadour time trial, while Valentin Madouas (11th) and Thibaut Pinot (14th) gained one spot in the general classification.

Stuck between the last mountains and the final time trial, stage 19 of the 2022 ‘Grande Boucle’ could have known various outcomes. Quite early, the sprinters’ teams however made their intentions clear as they only let five men go away after a handful of kilometres: Nils Politt, Quinn Simmons, Taco van der Hoorn, Matej Mohoric and Mikkel Honoré. The leading five was immediately maintained under the two-minute bar and as the bunch came back very close at some point, Politt gave up and returned to the pack. A quartet therefore paved the way from there on, while the peloton remained extremely vigilant. Further on, Quinn Simmons proved to be the last man standing from the breakaway while a few splits briefly took shape at the back, about fifty kilometres from the finish. Thanks to a perfect support all day, David Gaudu never was in danger. In the hectic final, he could also count on Stefan Küng’s support until the flamme rouge. He could then cross the line with the yellow jersey, one second behind the winner Christophe Laporte who attacked a few hundreds of metres earlier. “We did good in the previous eighteen days, so we couldn’t be trapped today,” said Stefan. “We asked the team to stay together in the bunch and ride in the wind, to be as calm as possible. The final was super fast, and we had to be positioned all the time”.

“We will need to be focused tomorrow”, David Gaudu

“This stage could have been tricky because there was a strong side wind all day”, added Philippe Mauduit. “There weren’t many very open sections for echelons to happen, but still enough to make the peloton nervous. The guys worked well, we always saw them in the front positions of the peloton in order to put David in a comfort zone and not to take risks. They were able to give him a hand to the line so that he didn’t lose time in the last kilometre.” As a result, the young leader keeps his fourth place conquered yesterday, 2’30 ahead of Nairo Quintana before the last time trial of 40.7 kilometres into Rocamadour on Saturday. “It’s going to be another big day, with some pressure,” said Philippe. “Stefan is obviously aiming for a big result tomorrow. It will be hard because there are strong guys, but we can be sure that he’ll give everything he has. David will have to confirm his fourth place”. “There is fatigue in the peloton,” added Stefan. “It will not be like a time trial after a week of racing. It will come down to the strongest men. The course is flat with hills at the end. You’ll need to push the big gear and be strong in the final”. David Gaudu concluded: “If I had been told that I would be fourth in the Tour before the last time trial, I would have signed with both hands. But it’s not over yet. We will need to be focused tomorrow as well for the time trial, so as not to crash and lose time in a stupid way”. 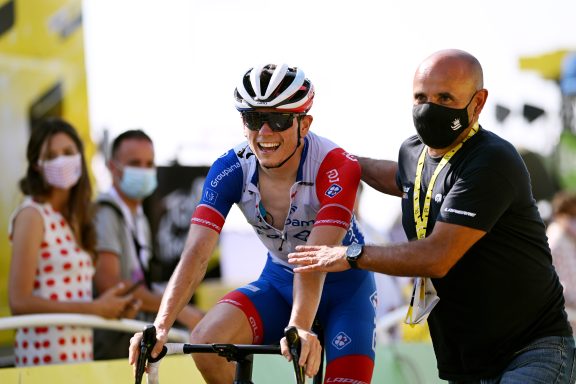 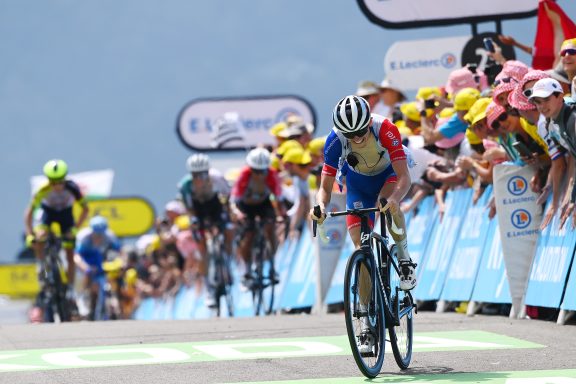 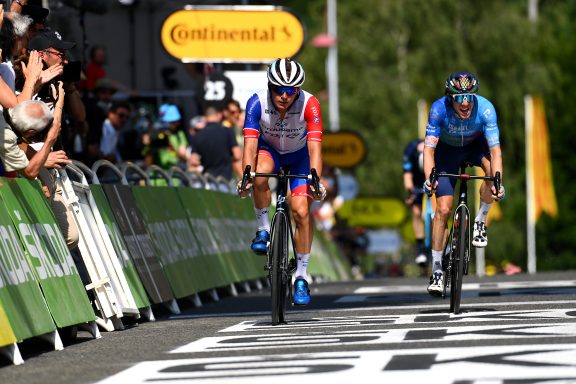