Bruno Armirail was able to show his time trialist qualities and his current shape on the opening time trial of the Tour of the Basque Country on Monday. After 7,5 kilometres around Hondarribia, the Frenchman secured a solid top-10 in this WorldTour event. He eventually took seventh place, twenty seconds behind the winner Primoz Roglic, while Rudy Molard (16th) and David Gaudu (24th) also had a good start to the race.

Twenty-four hours after the Flanders’ cobbled climbs, the WorldTour calendar continued on Monday with the Tour of the Basque Country, a race usually made for the punchers-climbers. However, the time trial specialists had an opportunity on the opening day with a short distance time trial (7.5 km) in Hondarribia. “There were about two very flat kilometres before getting to the first climb,” said David Han, one of the team’s coaches. “After this climb, the route was made of small hills but also technical sections where you could catch your breath. The hills in the second part were climbed at a very fast pace. The last one was on cobblestones, which weren’t so good, and it was better to stay seated to get over it. It was a 30-second effort, but at the end of the course, with a time trial bike, it surely hurt the legs”. Ignatas Konovalovas was the first Groupama-FDJ rider to tackle this spicy exercise at 2:30 p.m. Antoine Duchesne followed him on the launch pad, so did Rudy Molard who managed to set the fourth provisional time, in 10’15”. “It was a long time since his last time trial”, added David. “He needed to get his bearings back and he eventually did very well. He’s coming from the Volta a Catalunya, and I think he will keep improving until the Ardennes Classics and the Tour de Romandie. It’s good for him, it’ll give him confidence.”

“I may have kept too much energy”, Bruno Armirail

Less than an hour after his teammate, Bruno Armirail did even better as he crossed the line with a time of 10’08, which provisionally put him in third place. “The legs were alright”, he said. “Before a time trial, I always put pressure on myself because I want to do well, but I may have started too slowly. When you look at the times between the checkpoint and the finish, I am among the best. This is a pity. I may have kept too much energy at the beginning”. “He did a strong second part with the hills and on the technical sections”, added David Han. “He is very skilled on his time trial bike, and he took the opportunity to gain back some time”. Once all the competitors finished, Bruno Armirail eventually placed seventh on the day, twenty seconds behind the winner Primoz Roglic, but only four seconds away from third place. “When you look at the six riders in front of him, there are only big names”, said David. “There is even almost no gap on the third. Given that the first two were way above the rest, there are no regrets about the win. It’s anyway a good time trial for Bruno. He was already going well in Catalonia and that shows he’s still in good shape”. “It’s a good start, for me and for the team”, said Bruno.

Indeed, team’s leader David Gaudu also made a decent start as he set the 24th time of the stage, thirty-two seconds behind the winner. “He seemed to be ok today”, concluded David Han. “Overall, it’s pretty alright. He didn’t take a lot of risks in the descent, and he may have lost some time in the second part. He did not go for it as he usually does. He’s getting back to racing after his crash in Paris-Nice and he did not want to compromise everything on the first day of racing. He was careful, but the result is still very decent”. 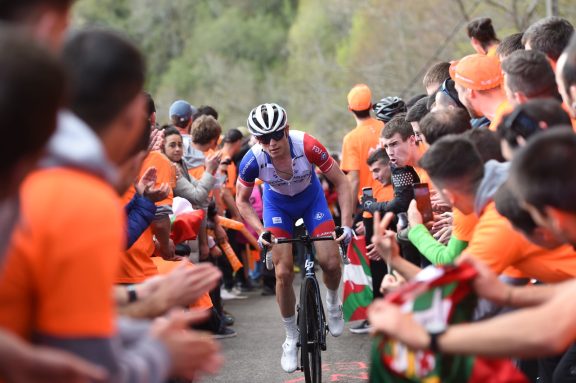 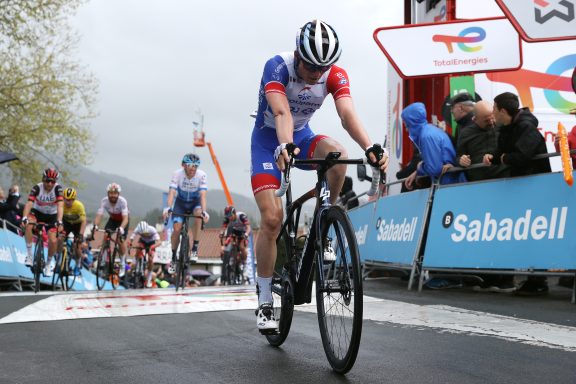 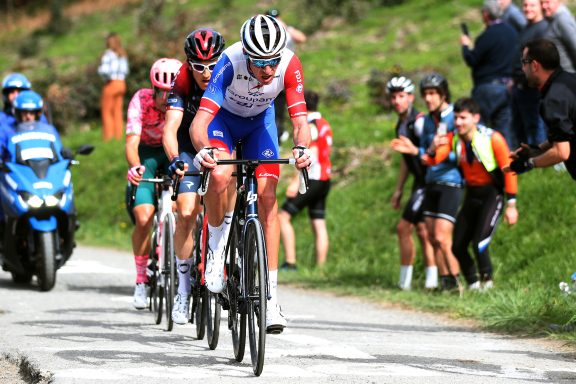