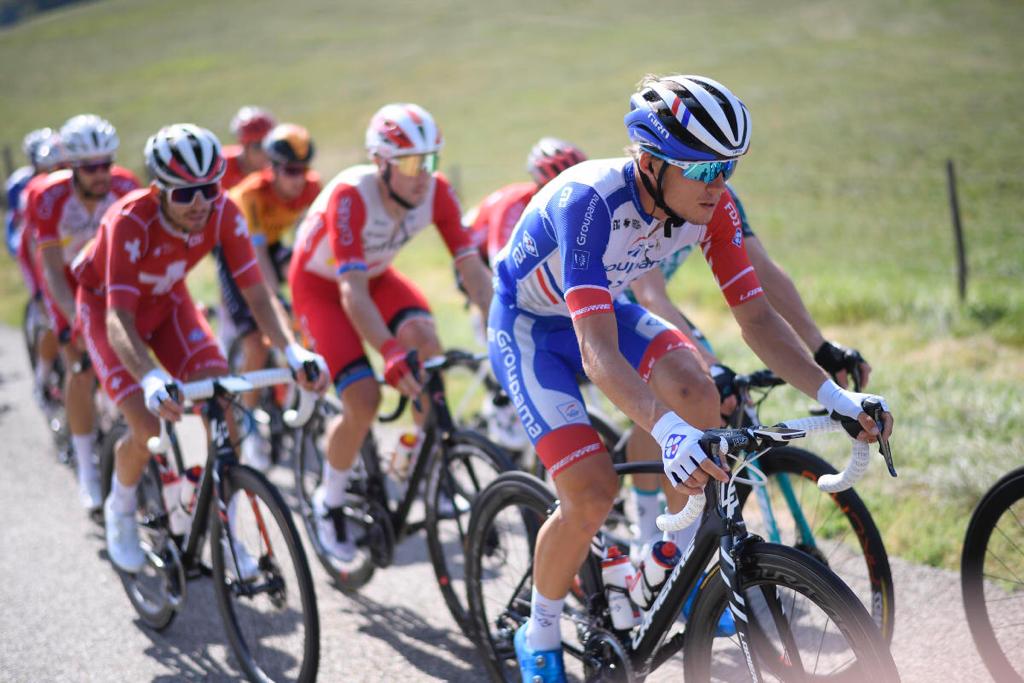 Although the riders’ bodies surely were tired after three days in the mountains, stage 19 of the Tour de France happened to be very fast on Friday, between Bourg-en-Bresse and Champagnole. Soren Kragh Andersen eventually grabbed a second victory after he attacked a group that went away 30k from the finish. Tomorrow, the Planche des Belles Filles’ slopes, which Thibaut Pinot knows by heart, will decide of the Tour 2020 general classification.

“Valentin did not get lucky”, Thierry Bricaud

Initially, stage 19 of the 2020 Tour might have seemed uncertain, but the first few kilometers quickly gave an idea on the day’s scenario. After the very first attacks, Rémi Cavagna got to the lead, alone, which proved to be the perfect situation for Bora-hansgrohe and Sunweb, aiming for a sprint today. As a chasing group was caught, the French time trial champion was left on his own for more than a hundred kilometres. “We thought there was going to be more attacks, but Cavagna broke away solo and it was difficult to chase him,” said Thierry Bricaud. “Then, it was the anticipated scenario with Bora in control. As far as we were concerned, we just had to wait for the final, but the stage was still very fast with the tailwind”.

If the sprinters’ teams did not get in danger over a hundred kilometers, some tried to give them a hard time in the hilly final part of the stage. “We knew that it could be suitable for the sprinters, and therefore complicated for us, but we also knew that there could be a bit of a fight, and that it would be more difficult to control,” added Thierry Bricaud. Valentin Madouas actually managed to enter a nice move with forty kilometers to go, but it all came back together a few minutes later, and a breakaway including some of the main sprinters eventually took shape. “Valentin did not get lucky,” said Thierry. “He had good legs, he tried to make good use of them, but the good move proved to be the next one. There is a bit of frustration because there was a real possibility to be in front. It would have been a great reward for Valentin to finish his nice Tour in the lead”.

There are now only two stages left to cover on this Tour de France: the traditional one leading to the Champs Elysées on Sunday, and a much anticipated time trial to the Planche des Belles Filles (36 km) before that. “All of our riders will do it properly, and most of them will ride their new time trial bike for the first time in competition,” said Julien Pinot. “We will try to do it right, while being aware that there is no specific goal to achieve. It’s a demanding time trial anyway, you can’t do it peacefully”. Thibaut Pinot will not show up on his lands with the ambitions he hoped for at the start of the Tour, but the day will still be very emotional. “It’s a pretty incredible opportunity to do a time trial on roads that you took thousands and thousands of times,” said Julien. “The start is in front of Thibaut’s former high school. We will pass 50 meters from our parents’ house, in front of the college both of us went… It couldn’t be more at home than this. The public is waiting for Thibaut, also to comfort him, and it will be for sure a big party. Beyond performance, we will really have to enjoy these moments, which are extremely rare in a rider’s career. It will be a happier note to finish this Tour”.

However, the time trial will not be a pleasure cruise, and the GC favourites must “certainly fear it” according to Julien Pinot. “It’s a very long time trial, and few riders have done one that long this year, it’s already a big unknown,” analysed the Groupama-FDJ coach. “There are three distinct parts. The first sixteen kilometers are almost flat. The next fifteen are a gradual climb as well as a fairly technical three-kilometre descent. Then we arrive at the foot of the Planche des Belles Filles, which is a very steep climb. Within an effort that lasts less than an hour, they will go through different profiles and pedal strokes. In that sense, it’s very unique. This will inevitably lead to some surprises and gaps”. 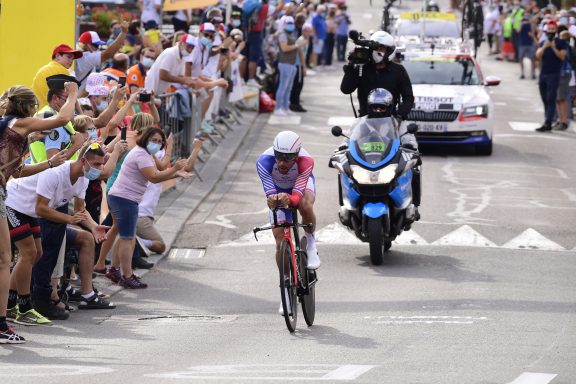 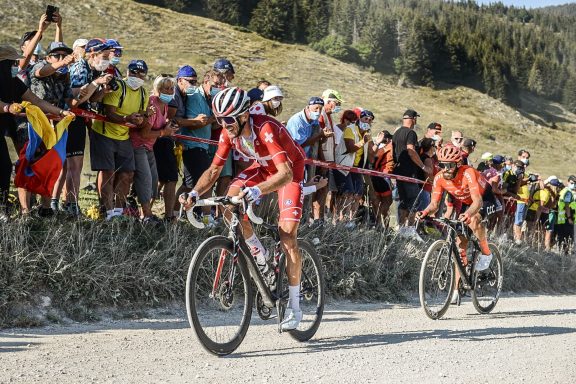